A scientist has developed an inexpensive, simple and easily transportable nanotechnology-based method to purify drinking water… 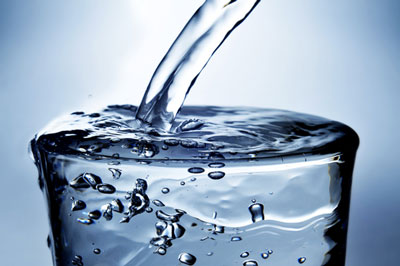 A scientist has developed an inexpensive, simple and easily transportable nanotechnology-based method to purify drinking water. Theresa Dankovich, Ph.D., calls it The Drinkable Book™, and each page is impregnated with bacteria-killing metal nanoparticles.

Although silver and similar metals have been known for centuries to have the ability to kill bacteria, no one had put them into paper to purify drinking water, Dankovich notes. While earning her doctorate at McGill University, she found that sheets of thick filter paper embedded with silver nanoparticles could do just that, eliminating a wide variety of microorganisms, including bacteria and some viruses.

She continued her research at the University of Virginia’s Centre for Global Health, expanding the repertoire of embedded nanoparticles to include ones made of inexpensive copper. Dankovich also began field investigations of water purification applications in Limpopo, South Africa, as well as northern Ghana, Haiti and Kenya.

“In Africa, we wanted to see if the filters would work on ‘real water,’ not water purposely contaminated in the lab,” she says. “One day, while we were filtering lightly contaminated water from an irrigation canal, nearby workers directed us to a ditch next to an elementary school, where raw sewage had been dumped. We found millions of bacteria; it was a challenging sample.

“But even with highly contaminated water sources like that one, we can achieve 99.9% purity with our silver- and copper-nanoparticle paper, bringing bacteria levels comparable to those of US drinking water,” Dankovich adds. “Some silver and copper will leach from the nanoparticle-coated paper, but the amount lost into the water is within minimal values and well below Environmental Protection Agency and World Health Organisation drinking water limits for metals.”

A single page can clean 100 litres of drinking water

Last year, Dankovich formed a nonprofit company, pAge Drinking Paper. In collaboration with the nonprofit WATERisLIFE organisation and Brian Gartside, a designer formerly with DDB New York and now with Deutsch, her company developed a unique product that is essentially a book comprised of pages embedded with silver nanoparticles. Printed on each page is information on water safety both in English and the language spoken by those living where the filter is to be used. Each page can be removed from the book and slid into a special holding device in which water is poured through and filtered. A page can clean up to 26 gallons (100 litres) of drinking water; a book can filter one person’s water needs for four years. Dankovich is also connecting her chemistry expertise with industrial designers at the University of Cincinnati and with environmental engineers at Carnegie Mellon. “We have a bunch of designs, and we are trying to trim them down and keep them simple,” she says. “Worldwide, many people use a 5-gallon bucket for many needs, so we are basing our approach on that type of container.

“Along with applications, our biggest current focus is to scale up, going from a lab bench experiment to a manufactured product. We have to go from ‘cool chemistry’ to something everyone can understand and use.”

Dankovich discussed her clean drinking water technology in a presentation at the 250th National Meeting & Exposition of the American Chemical Society (ACS).