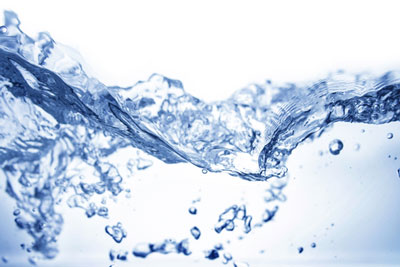 Nearly 800 million people worldwide don’t have access to safe drinking water, and some 2.5 billion people live in precariously unsanitary conditions, according to the US Centers for Disease Control and Prevention. However, a new study proposes a novel nanotechnology-based strategy to improve water filtration. The research project involves the minute vibrations of carbon nanotubes called “phonons”, which greatly enhance the diffusion of water through sanitation filters.

“We’ve discovered that very small vibrations help materials, whether wet or dry, slide more smoothly past each other,” said Professor Michael Urbakh of the Tel Aviv University (TAU) School of Chemistry. “Through phonon oscillations — vibrations of water-carrying nanotubes — water transport can be enhanced, and sanitation and desalination improved. Water filtration systems require a lot of energy due to friction at the nano-level. With these oscillations, however, we witnessed three times the efficiency of water transport, and, of course, a great deal of energy saved.”

The research team managed to demonstrate how, under the right conditions, such vibrations produce a 300% improvement in the rate of water diffusion by using computers to simulate the flow of water molecules flowing through nanotubes. The results have important implications for desalination processes and energy conservation.

The project, initiated by IBM’s World Community Grid, was an experiment in crowdsourced computing – carried out by over 150,000 volunteers who contributed their own computing power to the research.

“Our project won the privilege of using IBM’s world community grid, an open platform of users from all around the world, to run our program and obtain precise results,” said Professor Urbakh. “This was the first project of this kind in Israel, and we could never have managed with just four students in the lab. We would have required the equivalent of nearly 40,000 years of processing power on a single computer. Instead we had the benefit of some 150,000 computing volunteers from all around the world, who downloaded and ran the project on their laptops and desktop computers.”

The researchers are currently in discussions with companies interested in harnessing the oscillation knowhow for various commercial projects.

The study findings are published in Nature Nanotechnology.