The FSA has won a Judicial Review brought against it by AIMS and Cleveland Meat Company Limited, a slaughterhouse operator based in Stockton on Tees… 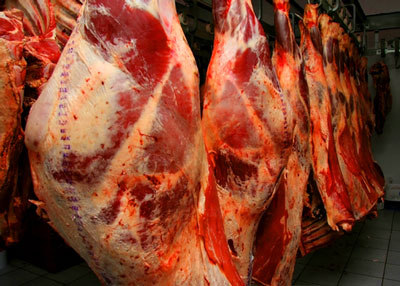 The UK’s Food Standards Agency (FSA) has won a Judicial Review brought against it by the Association of Independent Meat Suppliers (AIMS) and Cleveland Meat Company Limited, a slaughterhouse operator based in Stockton on Tees. The two organisations had gone to court in attempt to overturn a ruling by an FSA veterinary contractor that a beef carcass was unfit to enter the food chain.

The FSA’s Meat Hygiene Inspector had noticed three abscesses in the offal of the beef carcass, and the Official Veterinarian agreed that the beef was unfit for human consumption due to the likelihood that the animal had been suffering from pyaemia (a form of septicaemia). The food business was then required to dispose of the carcass as animal by-product.

The slaughterhouse owner did not accept this decision and this led to the action by the owner and AIMS to pursue a Judicial Review on the question of whether there is a right of appeal against an Official Veterinarian’s assessment of the fitness of the meat.

The Judge rejected the arguments of AIMS and Cleveland Meats and concluded that the FSA had acted lawfully. He agreed with the stance of the FSA that there was no legal right of appeal on decisions taken about whether meat is fit to enter the food chain after slaughter, which must be taken by Official Veterinarians under European law. In his summary, the Judge pointed out that safety measures like these are in the public interest, and are appropriate for public safety and instilling confidence in meat production.

Rod Ainsworth, Director of Regulatory and Legal Strategy at the FSA, said, “It’s very disappointing that AIMS and Cleveland Meats chose to pursue this unnecessary legal action. Our vets make judgements every day about whether meat is suitable to enter the food chain, and they do this based on their professional expertise for the sole purpose of protecting the public. Food businesses may not always like the decisions that are made, but as the failure of this Judicial Review demonstrates, those decisions are not open for debate. The Judge agreed that our staff must be able to take action to ensure food is safe.”