A new study has found that the number of people in Florida who are sickened by a rare, dangerous food-borne toxin, ciguatera, has been underreported… 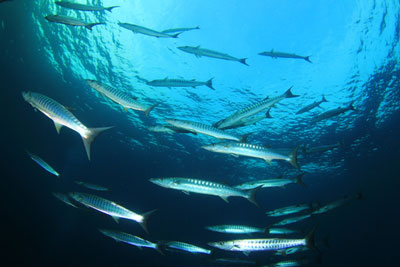 A new study has found that the number of people in Florida who are sickened by a rare, dangerous food-borne toxin, ciguatera, has been underreported. The analysis by researchers at the University of Florida’s Emerging Pathogens Institute and the Florida Department of Health found Florida’s annual incidence of poisoning with ciguatera – which causes severe nausea, vomiting and, occasionally, neurological symptoms – is estimated at about 5.6 cases per 100,000 people. That is far more than the previous estimate of 0.2 cases per 100,000, derived from reports physicians submit to the Department of Health. This level of underreporting is consistent with that reported for other food-borne pathogens.

“The rate of illness was found to be higher than previously estimated. Areas around Miami and in the Florida Keys are particularly affected,” said Elizabeth Radke, PhD, the lead author of the study.

Ciguatera poisoning is the most common form of fish-related food poisoning in the world. The toxin is found in a type of algae that grow on coral reefs in warm tropical and subtropical ocean waters. The risk is highest in fish from the Caribbean Sea and the Pacific and Indian Oceans. As many as 3% of travellers to these areas get ciguatera. It is initially transmitted to small fish that feed on reef vegetation. They then pass it along to larger fish, like barracuda and grouper that prey on them.

People who eat contaminated fish and ingest the toxin can experience symptoms of severe nausea and vomiting within one to three hours. But in some instances it can lead to pain and tingling in the hands or feet and joint and muscle pain. These symptoms can endure for months or even years. Some patients report a reversal of hot/cold sensations, with cold surfaces feeling hot and vice versa.

Ciguatera is an especially resilient form of food poisoning as neither cooking fish nor freezing them can destroy it. There is no test to detect ciguatera poisoning in people and no smell or discoloration in fish tissue to signal its presence.

The upward revision of estimated Florida illnesses was based on a survey of thousands of recreational saltwater anglers across the state, which revealed a large number of self-identified cases that had not been reported to the Department of Health. The scientists attributed the lower estimates derived from public health records to the fact that many people who get the disease do not see a physician and many physicians who treat the patients poisoned by ciguatera either do not report it to health authorities or do not recognise it as an ailment distinct from other food-borne illnesses or common stomach viruses. The Florida Department of Health plans to increase awareness of ciguatera and the reporting requirements among physicians in coastal counties.

Radke said that while the study concludes ciguatera poisoning is more common in Florida than previously believed, researchers found no evidence that poisonings are on the rise.

Radke said the findings in her study reaffirm pre-existing warnings to avoid eating barracuda. But the data indicate that in Florida, grouper, amberjack, hogfish, snapper, mackerel, and mahi mahi harvested in tropical and subtropical areas were also associated with illness.

“I think there is a broader awareness the farther south you go that barracuda are carriers but perhaps not as much awareness that a fish like grouper or amberjack can carry ciguatera,” Radke said. “I don’t think that people necessarily need to stop eating these other fish,” she added, “but they need to be aware there is a risk, and if they start feeling sick after eating, they should see a physician.”

Radke’s team found that most of the fish causing infections in Florida are caught in the Bahamas and the Florida Keys.

Radke said there is concern that warming waters caused by climate variability could allow ciguatera to migrate north. But she said her team found no evidence of a northward expansion of ciguatera and that, in the eastern United States, the toxin appears to be mainly confined to the warmer waters of South Florida.

There should be continued surveillance at the toxin’s geographic borders

“There have been cases reported as far north as Georgia and South Carolina, but those likely involved fish that picked up the poison in South Florida or the Caribbean and migrated north,” Radke said. “But there needs to be continued surveillance at the toxin’s geographic borders.”

“Obtaining accurate estimates of disease burden is always difficult, which is why it’s so important that these investigators dug deeper to get a better picture of ciguatera poisonings in Florida,” said Christopher Plowe, MD, MPH, FASTMH, president of the American Society of Tropical Medicine and Hygiene. “We need to be vigilant for any increase in disease, as the spread of ciguatera could be particularly harmful to people who are more reliant on fish like barracuda and grouper for food and income.”

The study findings are published in The American Journal of Tropical Medicine and Hygiene.