Up to a third of the UK population could contract food poisoning from campylobacter during their lifetime, according to new figures released by the FSA… 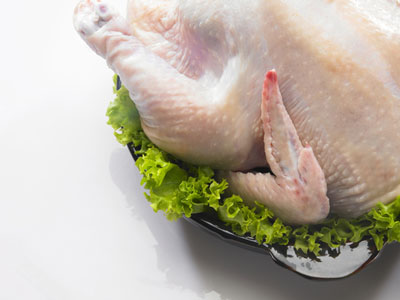 Up to a third of the UK population could contract food poisoning from campylobacter during their lifetime, according to new figures released by the Food Standards Agency (FSA). The figures are based on the current infection rates of more than a quarter of a million people per year. Campylobacter is most frequently found on raw poultry and is the biggest cause of food poisoning in the UK.  The FSA has released the figures to mark the start of 2015’s Food Safety Week and the launch of the ‘Chicken Challenge’ – its call to the whole food chain, from industry to consumers, to do their bit to halve the number of campylobacter food poisoning cases by the end of 2015.

Over a quarter of a million people in the UK currently fall ill with campylobacter food poisoning per year. Depending on people’s lifestyle and diet the FSA estimates that campylobacter will affect up to one third of people during their lifetimes.  Research has shown that reducing the numbers of the most highly contaminated birds would reduce the public health risk by around 50%, saving thousands of people a year from falling prey to a painful form of food poisoning which, in some cases, can result in paralysis.

The FSA has been leading the industry on reducing campylobacter contamination and is currently conducting a year-long survey looking at the levels of campylobacter on fresh whole chilled retail chickens and their packaging. In partnership with farmers and producers, through to caterers and retailers, all parts of the food chain have been working to meet the 2015 target.

Nina Purcell, Director at the FSA, said: “More than a quarter of a million people – 280,000 – fall ill each year due to campylobacter food poisoning, and the FSA has been working hard to get industry  to reduce that number by cutting the level of contamination on shop-bought chickens. This Food Safety Week, we’re taking that one step further by asking the public to take the ‘Chicken Challenge’ and pledge to take action to help protect themselves. At the moment, up to a third of us could fall ill with campylobacter at some point in our lives. We all have a responsibility to do what we can to reduce that figure.

“If everyone lives up to their promises – the FSA, consumers, and the industry – then this really can happen, hugely reducing the number of people who get ill every year.”

The Food Safety Week ‘Chicken Challenge’ is asking people who eat chicken to promise to take the following steps to protect themselves and their families:

You can make the pledge at www.food.gov.uk/chickenchallenge.

The CBD authorisation process and decisions explained – in basic terms!