A concept design has been created for a sustainable solar powered cooking system that has the potential to allow rural communities to cook without coal or firewood. 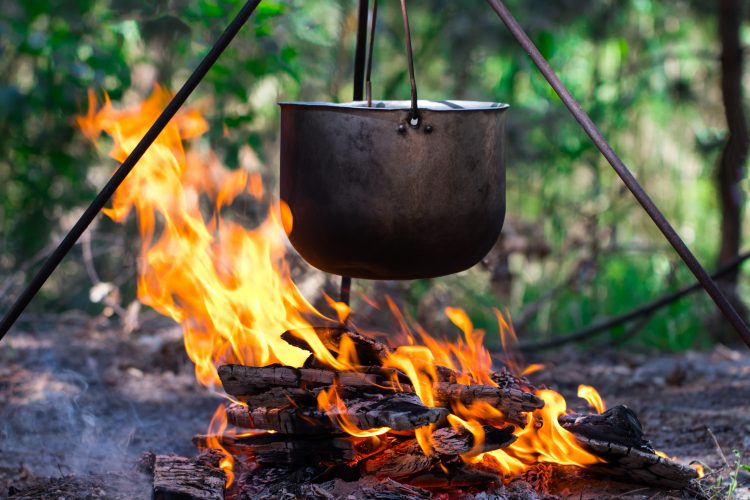 Engineers in Nigeria have developed a solar cooking system that is designed to replace cooking over fires made with coal, wood, or other materials which harm the environment and can also cause health issues to the communities using them. The new system combines two conventional solar oven designs, which aim to provide a cleaner and healthier alternative.

“Cooking by the burning of firewood and other non-environmental and non-eco-friendly fuels is still predominant in most developing countries, especially among the people living in rural areas and some urban cities,” the lead author Dr Clement A. Komolafe, of Landmark University in Nigeria explained. “In order to discourage the use of hazardous fuels for cooking, we thought of combining the solar box and parabolic dish types to produce one novel solar cooking system using locally sourced materials.”

The new cooker combines a box which traps heat from the sun’s ray with a structure that reflects and focuses sunlight to intensify the heat. The initial tests showed that the cooker obtained heating power of up to 58.2 watts, which was enough to boil water, as well as cook rice and plantains. This performance compares well with current trends in solar cooking technologies, according to the authors.

The new design has been made with accessibility in mind, and is said to be easy to assemble and operate (by one person). Furthermore, no special training would be needed to use the solar-run device.

“The next steps include design modifications to further reduce the rate of heat loss through the wall of the cooking box for better efficiency,” said Komolafe. “For quick redistribution of this new device design to rural communities, we’re inviting interested individuals, corporate organisations, and government parastatals to sponsor or partner in the project.”

For those interested in finding out more, the full concept is explained in Frontiers in Energy Research.