New research indicates that not getting enough sleep can lead to a cycle of over-eating and further sleep deprivation. Here’s more about how the study worked and one way of breaking this impasse. 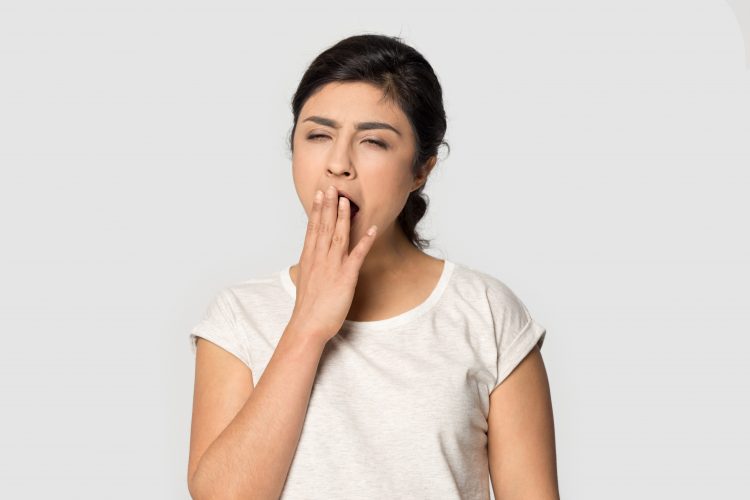 It’s commonly acknowledged that getting good sleep and following a healthy diet are essential for overall health. But is there a link between a good night’s sleep and a healthy diet?

A recent study, published in The National Center for Biotechnology Information (NCBI), found that people were more likely to crave sugary, salty and carbohydrate-heavy foods when they were sleep-deprived.

How the sleep study worked

Participants completed two experimental sessions: first, a night of normal sleep in the lab monitored by a sleep study known as polysomnography (PSG) which records the changes that occur during sleep; and second, a night of total sleep deprivation monitored by lab personnel. Sessions were separated by a minimum of seven days.

Participants ate according to their normal diet throughout enrolment. During the sleep deprivation night, they were provided with a controlled snack from 2:30–3:00am. This consisted of calorie content sufficient to offset increased energy expenditure associated with one night of sleep loss. The snack contained the following four items: Fig Newtons (200 cal), Gold Fish crackers (130 cal), Ritz peanut butter crackers (150 cal) and an apple (95 cal), resulting in a total of 575 cal available. In addition to this, and in both sessions, all participants were given, and consumed, a small breakfast (one piece of toast with strawberry jam) approximately 45 minutes before their scan session. Participants were monitored throughout both sessions to ensure that they did not eat anything in addition to this provided food (although water was not restricted). Self-reported hunger levels immediately preceding the scan session were no different between the rested and deprived conditions. Both groups showed an increase in hunger levels compared to their study arrival baseline. The researchers noted that this was important considering previous studies have shown that brain reactivity to food stimuli can be enhanced by subjective hunger.

Following this, in the food desire task, participants saw 80 food items and rated them on a 1–4 scale according to how much they wanted that food at that moment in time. Participants were not informed of the hypotheses of the study nor were they told that they would be seeing foods that experimentally varied in terms of calorie content or food types that could otherwise establish preconceived biases.

The task used pictures of food with no packaging. The items were evenly distributed across five categories (salty, sweet, starchy, fruit or dairy) and varied in calorie content. The participants who were sleep deprived craved higher calorie food items.

The Institutional Review Board of the University of California, Berkeley approved the experimental protocol, and written informed consent was received from participants – all of whom were free of general medical, neurological, psychiatric or sleep disorder diagnoses and did not report any history of drug abuse or head trauma – before the study took place. Those taking part were also free from dietary restrictions or food allergies to any of the food stimuli. Participants abstained from drugs, alcohol and caffeine for three days before each session.

The study showed that a lack of sleep causes unhealthy eating habits, which in turn causes a lack of sleep. The Sleep Foundation has also confirmed this cycle. However, it has also stated that eating well can end this vicious circle.

Institutional Review Board of the University of California, NCBI, The Sleep Foundation

Institutional Review Board of the University of California, NCBI, The Sleep Foundation