One in three will still use polluting cooking fuels in 2030

Though progress has been made in terms of reducing the environmental impact of cooking fuels, the researchers suggest this progress is stalling. 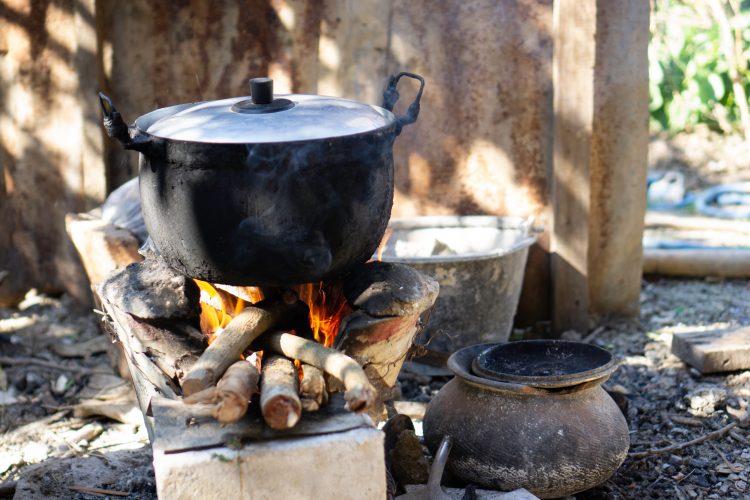 Many people, particularly in sub-Saharan Africa, use biomass to cook with

Almost one in three people around the world will still be mainly using polluting cooking fuels and technologies– a major source of disease and environmental destruction and devastation – in 2030, new research has warned.

This rises to more than four in five in Sub-Saharan Africa, where the number of people mainly using polluting fuels is growing at what researchers have called “an alarming rate”.

A new study, carried out by UK researchers and the World Health Organization (WHO), has estimated that just under three billion people worldwide – including more than one billion in Sub-Saharan Africa – will still mainly be using polluting fuels such as wood fuels and charcoal at the end of the decade.

The researchers say ‘dirty’ fuels are a source of major health risks as they produce high levels of household air pollution – chronic exposure to which increases the risk of heart disease, pneumonia, lung cancer and strokes, amongst others.

While the overall percentage of the global population mainly using polluting cooking fuels has been steadily decreasing since 1990, this trend is already showing signs of stagnation. Six in in ten people in rural areas are still reliant on biomass fuels such as wood and charcoal.

Reports by the WHO and others have attributed household air pollution from these fuels to millions of deaths per year – comparable to the death toll from outdoor air pollution. At the same time, fuel collection is often tasked to women and children, reducing opportunities for education, or income generation.

Polluting fuels are also an important cause of environmental degradation and climate change, with the black carbon from residential biomass cooking estimate to account for 25 percent of anthropogenic global black carbon emissions each year.

The researchers insist the pivotal new study shows that, although progress has been made, the quest to deliver universal access to clean cooking by 2030 is “far off track”.

They believe that global leaders and policy makers need to make significant advancements, in the short-term future, to help combat the health and environmental risks of household air pollution.

“Analysing global trends suggests incremental progress in the direction of clean cooking fuels, but the simple reality is that there can be no global success while the number of people using polluting fuels in Sub-Saharan Africa grows by 10s of millions every year,” said lead author of the study, Dr Oliver Stoner, who carried out the research at the University of Exeter but is now at the University of Glasgow.

“Accelerating access to clean cooking solutions must be a developmental priority.  Ensuring the sustained adoption of clean cooking solutions can prevent disease and improve the livelihoods of the poorest populations as well as protect our climate,” added Heather Adair-Rohani, Technical Lead on Health and Energy in the Department of Environment, Climate Change and Health at the WHO headquarters in Geneva and a senior author on the report.

The World Heath Organization (WHO), University of Exeter

The World Heath Organization (WHO), University of Exeter