A drug which could prevent anaphylaxis

Northwestern researchers believe BTK inhibitors hold hope for those with severe allergies, as they investigate the possibility of a preventative treatment for anaphylaxis. 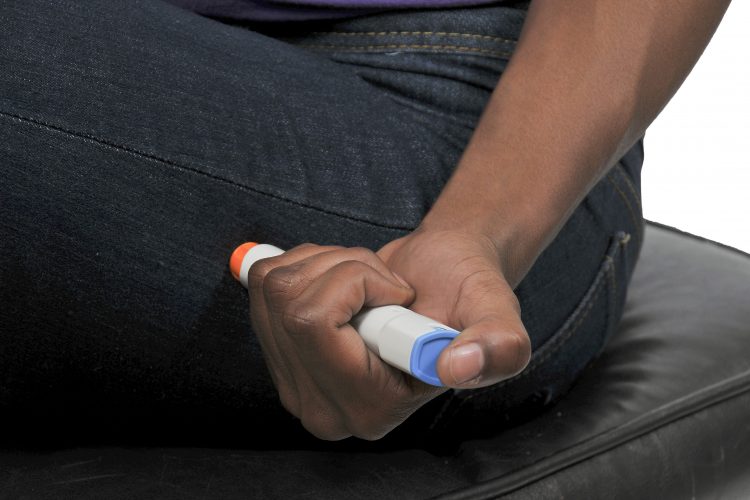 The supermarket shop, a birthday party, a takeaway – for those who suffer with food allergies it’s never a simple task. But now, a Northwestern medical study suggests that there may be hope on the horizon in the form of a pill.

The researchers are investigating the possibility of a drug which, if taken proactively, could prevent anaphylaxis.

Anaphylaxis is a severe, potentially life-threatening systemic allergic reaction that can occur within seconds or minutes of exposure to an allergen. If a person’s blood pressure drops so low during anaphylaxis or their airway closes up enough that they can’t get enough oxygen to their organs, they enter anaphylactic shock.

The drug, known as BTK (Bruton’s tyrosine kinase) inhibitors, block the BTK enzyme found inside mast cells. These are the primary cells that react during allergic reactions; when trigged by allergens and allergic antibodies they release histamine and other allergic mediators. The researchers believe the new drug could prevent this trigger.

In their study, the researchers explored three types of BTK inbihibitors, which blocked allergic reactions when tested on human mast cells in a test tube.

This would be the first known treatment to prevent anaphylaxis other than avoiding the allergen.

“This pill could quite literally be life-changing and life-saving,” said senior and corresponding author, Dr Bruce Bochner, the Samuel M. Feinberg Professor of Medicine at Northwestern University Feinberg School of Medicine. “Imagine being able to take medication proactively to prevent a serious allergic reaction.”