The Food Standards Agency is confirming it has received a further 19,050 industry results from testing beef products for horse DNA… 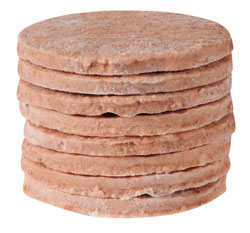 FSAI published the findings of a targeted study examining the authenticity of a number of beef burger, beef meal and salami products...

The Food Standards Agency is today confirming it has received a further 19,050 industry results from testing beef products for horse DNA. The Agency has also published the full report of the local authority testing programme. The new results show that three beef products contained horse DNA at or above the 1% threshold. None tested positive for the veterinary drug phenylbutazone (bute).

An extensive programme of DNA testing by UK industry and local authorities started in February, at the request of the FSA. These tests were carried out to check that beef products on sale or supplied into the UK food chain were accurately labelled and did not contain horse meat, following the discovery of horse meat being used as beef in a range of food products sold across Europe.

Catherine Brown, Chief Executive of the Food Standards Agency, said: ‘These additional test results show that we remain vigilant and are continuing to work with industry and local authorities so that consumers can be confident that food on sale in the UK is labelled accurately and is safe to eat. Investigations are ongoing into how this incident happened and a review process is under way to ensure that any lessons for the future are identified and implemented.’

The food industry has continued to test beef products for the presence of horse meat as part of their assurance controls. To date, a total of 24,480 test results have been submitted by the food industry, including 19,050 test results submitted since the last report on industry testing published on 1 March. Around 15,000 of the new results have been provided by a single company, the ABP Food Group.

The new test results show that three beef products tested positive for horse meat at or above the 1% threshold. None tested positive for the veterinary drug phenylbutazone (bute). Information on these results has been in the public domain since March when action was taken to remove the products from sale. The products are:

The FSA’s local authority testing programme ran in three phases, between January and March 2013, with 514 samples taken for testing by 51 local authorities. These samples, which covered a range of beef products, were tested for undeclared horse. Phases 1 and 2 also tested for the presence of undeclared pork.

Local authorities took follow-up action on all samples where horse or pig DNA was detected at 1% or above, and for the product labelled as halal. These products were removed from sale.

Phase 3 tested 150 samples for horse DNA as part of a European Commission survey. These included products marketed or labelled as containing beef as a major ingredient, such as minced meat, meat products and meat preparations.

Four Border Inspection Posts took part in a sampling programme between 4 March and 3 May, during which beef products imported into the UK from third countries were tested for horse DNA. A total of 79 samples from six countries were tested and all were found to be free from horse contamination.

Individual UK local authorities continue to carry out testing of meat products to identify mislabelling as part of their routine food control work. These are separate from the programmes detailed above. However, the 1% reporting limit still applies and enforcement officers will take action where positive samples are identified above this level, or at any level for contamination of halal products.