By treating meat as a network of flexible polymers surrounded by flowing moisture, researchers have used computer models to accurately predict how much it will shrink when cooked. 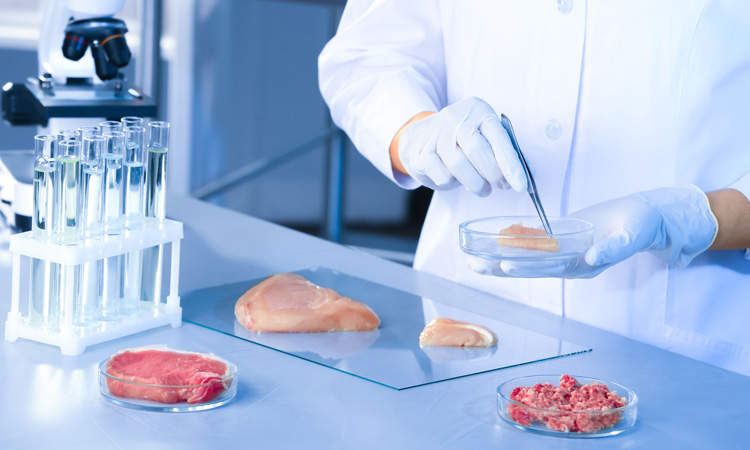 Meat is made up of complex networks of moisture-saturated proteins and is said to display some intriguing physical properties when cooked. Several studies in the past have attempted to recreate this behaviour in computer simulations, but because this demands so much computing power, they have only achieved simplified, one-dimensional recreations of the process, according to researchers from James Madison University.

In the new research, led by Dr Hala Nelson, they showed that by modelling meat as a fluid-saturated matrix of elastic proteins, which are deformed as the fluid moves, cooking behaviours can be simulated more precisely.

The insights gathered by the team could reportedly have numerous advantages, such as improvements in the safety regulations which govern the meat we consume; optimisations in its quality and flavour; and new ways to maximise its shelf life to ensure minimal wastage. In the team’s model, the cooking process heated the fluid unevenly, causing it to move around and deform the protein matrix. In turn, the movement of the fluid itself was altered by this distortion. The result demonstrated ‘a fairly strong agreement with real observations’ – where moisture is partially evaporated but is also pushed inwards from the meat surface during heating, causing the middle to swell.

Nelson and colleagues based their model on fundamental principles of conservation of mass, energy and momentum. They derived equations describing how polymers will behave when mixed with molecules of liquid, then fine-tuned their model’s parameters until it was as realistic as possible. They then compared the outcomes of their simulations with experimental measurements of how thin steak slices shrink when cooked in the oven.

In future studies, the team hopes to extend their simulations to 3D models. This would require more computing power, but if achieved, they said it could raise the level of understanding about the important food source.