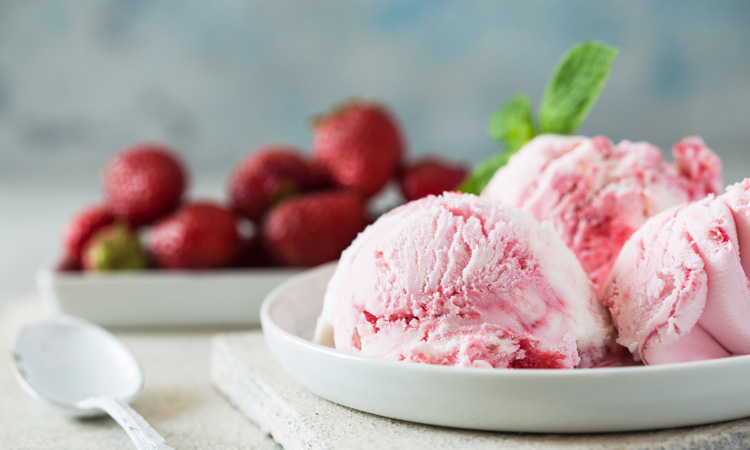 Researchers from the US Department of Agriculture’s (USDA) Agricultural Research Service (ARS) have shown some freeze-dried berry powders – especially freeze-dried strawberry powder – can act as outstanding stabilisers in ice cream and other frozen dairy desserts.

Freeze-dried strawberry powder is said to be so effective as a stabiliser that frozen dairy desserts with it included will maintain their shape even after reaching room temperature, according to ARS Research Food Technologist, Cristina Bilbao-Sainz.

Without a stabiliser, ice cream – homemade or commercial – can become crunchy with the growth of large ice crystals. Stabilisers also slow down melting, prevent wheying off (the leaking of a clear watery serum), help avoid shrinking during storage and increase perception of creaminess.

Standard stabilisers such as sodium alginate, guar gum, iota carrageenan, xanthan gum and carboxymethyl cellulose are commonplace. But people tend to react negatively to these unfamiliar, chemical sounding names when they appear on an ice cream label, assuming these must be artificial ingredients, according to the researchers.

“We discovered that some of the freeze-dried fruit powders – especially strawberries – completely prevent the melt-down of dairy frozen desserts similar to ice cream made with whole milk, whole whipping cream, sugar and skim milk powder,” Bilbao-Sainz said. “Freeze-dried berry powder will absorb moisture from the premix base, improving its stability and texture to the point where the frozen dessert will keep its shape even after ‘melting’ to room temperature.”

This is said to be likely due to the fibre in the berry powder becoming completely hydrated, which contributes to an increase in viscosity and resistance to melt-down, she explained.

Strawberry powder was the best stabiliser, completely preventing melt‐down, followed closely by raspberry. While blackberry powder prevented the frozen dessert from wheying off, the foam structure still collapsed so it lost its original shape.

Blueberry powder did not prevent melt-down or ice crystal formation during refreezing, and the frozen dessert showed a little wheying off.