According to the report by Make UK and Santander, the food and drink sector is worth 15.9 percent of total manufacturing GVA with sales in 2018 of £85.6 billion, an increase of 7.6 percent since 2016. 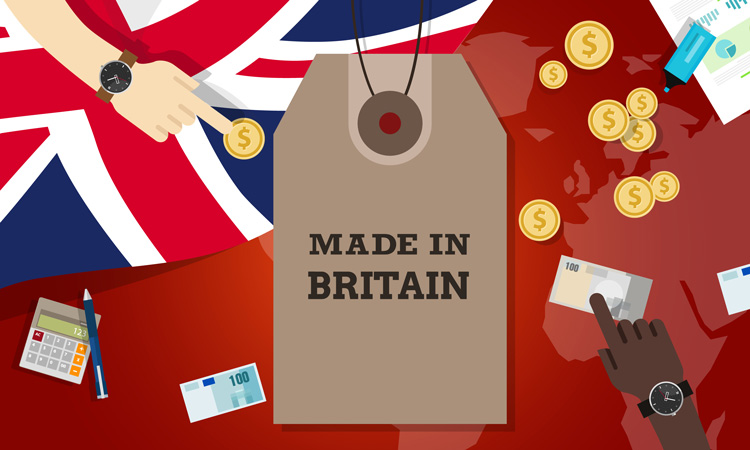 Britain’s food and drink sector continues to forge ahead at home and abroad despite current economic and political uncertainty, according to a new report published by Make UK, the manufacturers organisation, and Santander.

The report indicates that the sector was worth £85.6 billion of total manufacturing GVA in 2018 and is now a major employer across the UK with some 440,000 employees, up 5.3 percent since 2016 and now reportedly at the highest level for 15 years.

The report shows that a large element of this growth is coming overseas with sales abroad up by just under one quarter in the last two years. The EU is said to remain the biggest total market accounting for just under two thirds (61 percent) of exports worth £13.9 bn, with Ireland the largest single destination (21.4 percent worth £4.2 bn) closely followed by The Netherlands, France, the US and Germany.

However, the rest of the world is also reportedly seeing significant growth with sales to Asia and Oceania up by 295 percent in the last 20 years and in the same period by 260 percent to the US.

The report also analyses the UK’s position in the world supply of food and drink as well as a number of industry trends domestically. Globally, the UK is reported as the fourth largest food importer in the world and the second largest drink importer. The report states that by notwithstanding the sector’s positive export growth, the UK is a net importer of food and drink by quite some margin with a total import value of £46 bn compared to exports worth £23 bn in 2018.

In addition, the report highlights the rapid rise of online shopping for delivery of food and drink to the home in the UK, which is said to far outstretch the trend anywhere else in Europe. Whilst supermarkets still account for the vast majority of purchases (93 percent), online shopping now reportedly accounts for over seven percent of the total and is rising rapidly, worth £141.9 million a week. In France, online shopping accounts for 5.5 percent, followed by the Czech Republic at around 3.5 percent, Germany at two percent and less than one percent in Italy.

“The food and drink sector continues to benefit from British public’s desire to eat, drink and be merry. Despite the economic and political uncertainty, the sector seems to be shielded from the difficulties experienced elsewhere and is driving hard for growth in the UK and overseas. It is now a key contributor not just to manufacturing but a significant employer in many regions of the UK,” commented Make UK Chief Economist, Seamus Nevin.

“Despite growth in the rest of the world however, the EU remains the dominant market for exports of food and drink. As such, it is vital that frictionless trade continues in any post Brexit agreement if the remarkable growth pattern of the sector is to be maintained.”