Companies are turning to innovation to combat global food waste. New Food takes a look at a few examples… 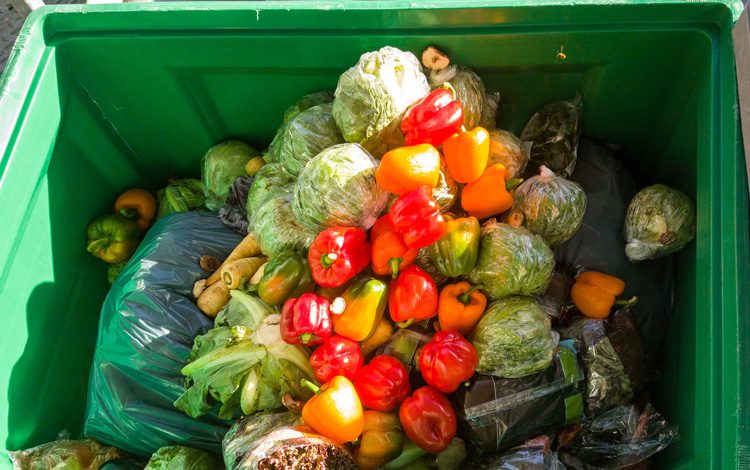 1.3 billion tonnes of food produced or packaged for human consumption is lost every year, according to the Food and Agricultural Organization of the United Nations (FAO). This wasted food is equivalent to about a third of all food and is worth almost $680 bn.

Consequently, developing ways to decrease food waste has been a primary focus for small and large companies alike. These innovations look to reduce food waste and carbon footprints, but also aim to save money and time in the process.

S-market store, a Finnish supermarket, has introduced a ‘happy hour’, in which food close to its expiration date receives discounts up to 60 percent at 9pm the day before expiration. It is part of a two-year campaign to reduce food waste and has already been implemented in Finland’s 900 stores.

Around eight to ten percent of global greenhouse gas emissions are related to food lost during harvest, production, or by the consumer, according to the Intergovernmental Panel on Climate Change (IPCC). The ‘Happy Hour’ project hopes to reduce these figures as landfill of rotting foods emits methane, a gas 25 times more harmful than carbon dioxide, and is preventable through retailers discarding less consumable food.

A real-time mobile app that uses Henderson Technology’s EDGEPoS System has been developed to help food stores sell more of their ‘reduced to clear’ items. It provides live updates of when foods are being labelled and discounted.

In what is said to be an industry first, Gander, a mobile platform, has partnered with Henderson Technology, to commercially progress the app. The app is currently being used in Northern Ireland under the brands Spar, Eurospar, ViVo and Vivoxtra.

Although ‘reduced to clear’ food items already contribute to decreasing food waste, many supermarkets see little interest customers as people are generally unaware of the potential discounts. Ashley Osborne, one of the founders of Gander, explains that approximately only five percent of shoppers purchase ‘reduced to clear’ food.

“We believe that initiatives like this will help us tackle the moral and environmental problems associated with avoidable food waste,” Darren Nickels, Head of Henderson Technology, adds. “We know that many of our customers feel strongly about addressing this issue and we feel confident that by introducing the Gander app, we will encourage shoppers to purchase in a smarter, more sustainable way, while also enjoying some great savings.”

Schools and hospitals are also responsible for a lot of food waste. Looking to tackle this problem, three communities in New York have developed a system by which food waste can be transformed into rich organic material .

Using large-scale composting systems installed at lake Placid Central School, Hermon Dekalb Central School and The Wild Center, these establishments can now process up to 200 pounds of organic matter every day. This turns into useable compost in about one month.

Composting with this in-vessel system allows organisations, municipalities or businesses to save money by reducing landfill costs, methane emissions and water pollution that can occur with open-air composting piles, while creating a valuable soil amendment, explains John Culpepper, NCS/CTT Director of Facilities and Sustainability.

The project received funding in 2017 from the New York State Energy Research and Development Authority (NYSERDA) Cleaner Greener Communities programme to carry out a pilot test. The test met its goals and requirements and led to the installation a further three systems.

The systems are fitted in recycled shipping containers and the total cost of the system and container equates to around $40,000.

Culpepper estimates that the system pays for itself in five to eight years and the compost produced will offset about nine metric tonnes of greenhouse gas emissions annually.

Food waste is unquestionably a global crisis and a solution across all sectors is necessary. Could these innovative projects hold the key? As with most innovations, only time will tell, but right now, it seems like a step in the right direction.