It’s been more than ten years since the Satoshi Nakamoto published his whitepaper Bitcoin: A peer-to-peer electronic cash system. While Bitcoin itself has divided many and attracted criticism, the technology that it is built upon, the blockchain, has garnered significant interest due to its promise of immutable digital record-keeping. Here, Darcy Simonis, industry network leader for food and beverage at ABB, explains why the emerging technology stores the key to greater traceability and reduced food wastage. 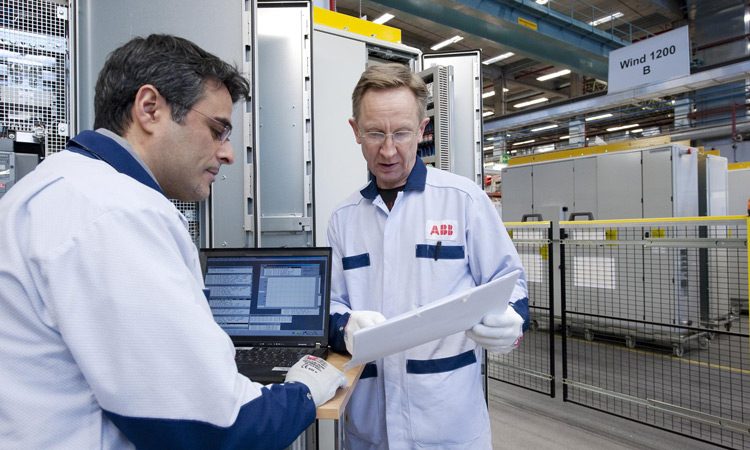 In the 2008 whitepaper that started it all, Satoshi Nakamoto concluded that he had “proposed a system for electronic transactions without relying on trust.” The idea here was that blockchain’s distributed ledger meant all transactions were recorded, eliminating any doubt and ensuring confidence through unforgeable evidence.

But what exactly is blockchain?

While it is often associated with the controversial cryptocurrencies, blockchain itself is a new technology with potential that stretches far beyond cash systems. Blockchain is a type of distributed ledger technology (DLT), which is effectively a central electronic ledger that is shared between independent computers, which are known as nodes. These DLT networks use consensus protocols, which means that changes to the ledger cannot be made unless they’re agreed by all other node users, preventing records being tampered with.

These ledgers are updated based on the exchange of digital tokens, which is why they lend themselves so easily to cash systems. But food packaging manufacturers are already beginning to test the technology as a means of providing end-to-end traceability to consumers, who can view the genealogy of their products with a QR code and see where ingredients originated, building trust in the process.

This ability to demonstrate, without doubt, the history of a product and its ingredients can significantly reduce food waste. Today, a single instance of food poisoning can lead to an entire product line being withdrawn from shelves and disposed of, even if only a single product is problematic. The reason is because food retailers and brands both want to act quickly and recall potentially harmful products, and there is currently no way of quickly checking the safety of other products in a range. It becomes a matter of all or nothing, and recalling everything is safer, even if it does create more food waste.

Food manufacturers and distributors should already have systems in place to monitor, record, and trace ingredient origins and process details. As blockchain technology matures, it’s easy to see how the platform will integrate with the DCS or MOM in a food supply chain. Steps are already being made in this area.

However, blockchain will not truly revolutionise food wastage until businesses identify a way of bringing private operations onto public blockchains that end users can access reliably. Without this openness, the process of identifying safe products compared to potentially harmful ones will remain long, inefficient, and unavoidably wasteful.

Many of us may not necessarily trust Bitcoin due to its inconsistent value, but blockchain appears to be inherently trustworthy and valuable to the food and beverage industry. In the next 10 years, there’s no doubt the technology will help curb waste in the food supply chain and rebuild consumer trust.