The world wastes one third of all food produced. What you might not know is that food packaging can play a significant role in reducing the food industry’s environmental footprint… 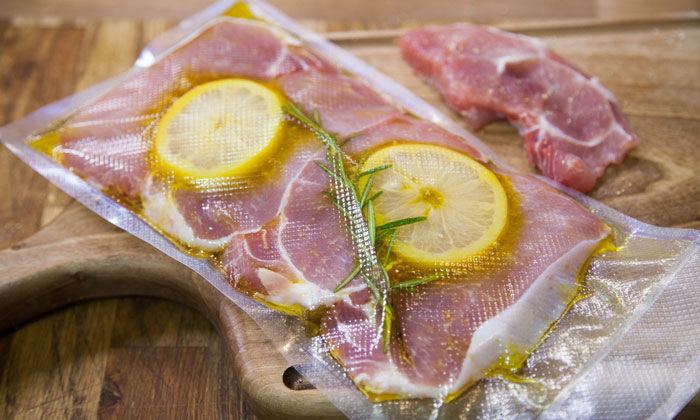 As widely reported, the world wastes approximately one third of all food produced. What you might not know is that food packaging could surprisingly play a significant role is reducing the food industry’s environmental footprint.

The importance of food packaging

As articulated by the Institute of Food Technologists: “Simply stated, packaging maintains the benefits of food processing after the process is complete, enabling foods to travel safely for long distances from their point of origin and still be wholesome at the time of consumption.”

The role of packaging in the food industry is clearly a key one and has the potential to minimise food waste and maximise efficiency.

Food packaging gets a bad press. We often hold the image in our head of a crisp wrapper fluttering in the wind after being caught in a tree or an empty Coca-Cola bottle as it laps against the beach when we hear the words ‘food packaging’ and ‘environment’ in the same sentence. However, much of food waste itself in the poorer pockets of the world occurs well before the food even reaches the population. Animals often feed on food that is poorly packaged en route to the consumer and the journeys are often undertaken on holey, dilapidated roads that elongate journeys so much so that the food simply rots.

Waste in the richer world takes an entirely different form. Much of the food produce we see on shelves never even leaves the supermarket and is thrown away when out of date. If not, the remaining portion of food waste is down to consumers throwing away food that has gone out of date.

The recording of food waste is rare but estimates do exist. As reported in the Economist:

“Retailers are reckoned to mark down or throw out about 2-4% of meat, for example. Even a tiny reduction in that amount can mean millions of dollars in savings for large chains.”

Both the human cost of hunger and the economic and financial cost to both governments and the private sector of food waste is enormous.

The environmental impact of food waste

Be it the ‘wasted’ use of fertiliser, water, fuel or even employing people to produce food that will eventually be thrown away.

“The emissions generated during the process of making wasted food exceeds those of Brazil in total,” the Economist reports.

As discussed in New Food‘s recent ‘Feeding Asia’ series, the wasting of meat – in particular beef – has a supersized effect on global emissions and with the changing food consumption habits occurring in Asia at present, we might see this figure continue to increase.

If we normally associate packaging with environmental pollution either in the visible sense in the plastic bag or bottle examples, or in the more implicit CO2 emissions inherent in the production of food packaging – surely the more food we waste, the greater the problem with pollutant packaging we have as an industry?

The paradox of packaging however, is that efficient and responsible use of technology in the production of packaging could significantly reduce the amount of food we waste.

Vacuum packaging which prevents oxidation can ensure that meat rests on shelves for five to eight days, as opposed to two to four. The machinery required to created vacuum packaging isn’t cheap, but isn’t astronomically priced either, costing a few hundred thousand.

Further to this, consumers might actually prefer this method. According to Mintel’s ‘Transparent Food Packaging’ report, roughly 40% of US consumers would choose a product among competitors if they could see the contents clearly displayed. Both the environment, private sector profit margins and consumers benefit leading us to ultimately the very definition of a win-win situation.

Sainsbury’s supermarket, that works with Sealed Air, a US-based large packaging company, is already seeing noticeable benefits thanks to their vacuum packaging technology.

Consumers are also thought to be seeing particular benefit from the increased time resealable dairy and meat products can be kept in fridges.

Evidently, vacuum packaging also contributes to carbon emissions but crucially it reduces the waste of the food product produced thus both theoretically ensuring that less of the product need be wasted and therefore produced in future.

Allegedly, for each tonne of waste, the equivalent of 3.5 tonnes of carbon dioxide are released without any product having been put to good use. On the other hand, a tonne of packaging causes emissions of 1-2 tonnes.

The problem with vacuum

That said, with the stable but nevertheless still growing global population, estimated to approach 10bn by approximately 2050, we need to urgently address means of feeding these numbers. Ultimately, the amount we waste is unsustainable and a more intelligent and efficient means of wrapping our food will do wonders to begin our fight against malnutrition and sustainable development in the food industry.