Sustainable seafood is not only about healthy stocks 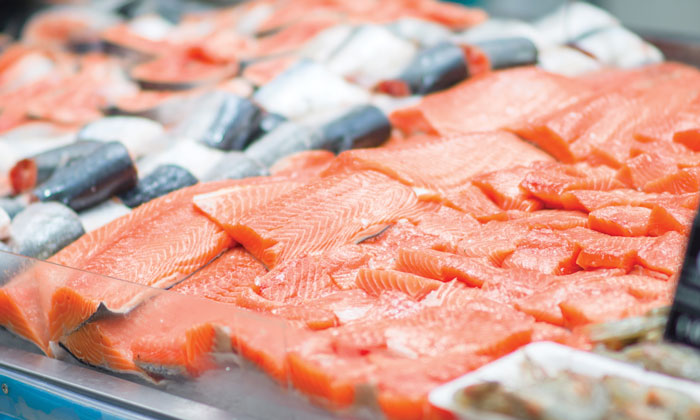 Industrial fishing has expanded significantly over recent decades. Fishing companies worldwide have introduced advanced technologies and explored new waters in order to keep up with the increased demand for seafood. As a result, most fish have been captured before they have had a chance to reproduce – the official term for this phenomenon is ‘overfishing’.

According to the United Nations Food and Agriculture Programme (FAO) almost 80% of the world’s fisheries are either ‘fully exploited’, ‘over exploited’ or ‘significantly depleted’. Overexploited fish stocks account for more than 25% of all the stocks worldwide. In the long-term overfishing can lead to two serious problems. First of all, the stability of the ecological communities of our oceans would become severely stressed. Not only might we lose more species, but entire ecosystems as well, as their balance is disturbed to the extent that certain species are removed. The disappearance of certain species in turn has a negative impact on many other species, such as sea mammals or seabirds, as they become vulnerable owing to their lack of food. Secondly, we are also at risk of losing a valuable food source. In fact, currently over 2.5 billion people worldwide depend on oceans as their main source of food.

Although overfishing is one of the major issues in unsustainable fishing practices, there are some other key impacts. The fishing industry relies on numerous types of equipment to catch different types of target species: trawls, dredges, seines and hook and lines are among the most used gear types worldwide. Unfortunately, many fishing operations are not selective and can accidentally trap non-target species of fish, commonly referred as ‘bycatch’. Some of these bycaught organisms might be included in the International Union for Conservation of Nature (IUCN) red list of endangered species. As a result, along with targeted species of fish, many other species, including dolphins, turtles and seabirds, are accidentally caught and sometimes killed in the fishing gear. Up to 95% of bycaught species worldwide are eventually discarded at sea. However, many of these do not survive. The bycatch problem arises due to the use of non-selective fishing gear, but the problem is exacerbated by overfishing. As a consequence, many accidentally bycaught species are also threatened with extinction. Different fishing methods affect the marine habitat and seabed in different ways. For example, dredges – a type of gear towed along the sea bottom to dig into the surface layers of sediment – may lead to substratum loss, since boulders and stones present on the seabed may be removed, and suspension of sediment. At the same time, the removal of target species and bycatch might lead to a structural change in the benthic organism community. Some fragile organisms, such as corals and sponges, are particularly at risk owing to deep sea fishing. Bottom trawling – another fishing method which consists of towing a cone-shaped net – has negative physical and biological impacts on the marine seabed. Sedentary living organisms, including seaweed and corals, might be removed or damaged, while sediment structure might be severely altered.

The state of the world fisheries is also seriously threatened by so-called ‘pirate fishing’. Over the last few decades, several episodes of Illegal, Unreported and Unregulated (IUU) fishing practices have been reported worldwide. Such activities operate without the permission of local or international authorities and may target protected species, operate in protected areas and use banned fishing gear types. As a result, pirate fishing, which accounts for millions of tonnes of fish each year, seriously harms the status of fish stocks and the marine ecosystems. But there is more. Crew members of IUU vessels live in poor physical and safety conditions: financial exploitation; violation of human rights; verbal and physical abuse; and poor health-care are just a few examples of abusive and illegal practices that do not comply with social accountability standards.

Environmental pollution does not only affect our oceans; each year huge quantities of pollutants coming from unsustainable fishing activities are dumped into the sea. In particular, oil spills can lead to physical contamination of fish stocks and cause serious damage to the marine ecosystem. Fishing gear may also be oiled and contaminate catches. The impact of the spilled oil varies on the basis of its chemical characteristics, its density, and the quantity released. Long-term toxic damages, whether along the coast or in deep ocean waters, may lead to mass mortalities of species. Apart from oil spills and other toxic substances released into the sea, plastic waste is one of the most common types of marine waste. When dispersed into the sea, plastic waste decomposes very slowly into small toxic pieces that can be consumed by many marine organisms, including mammals and seabirds. 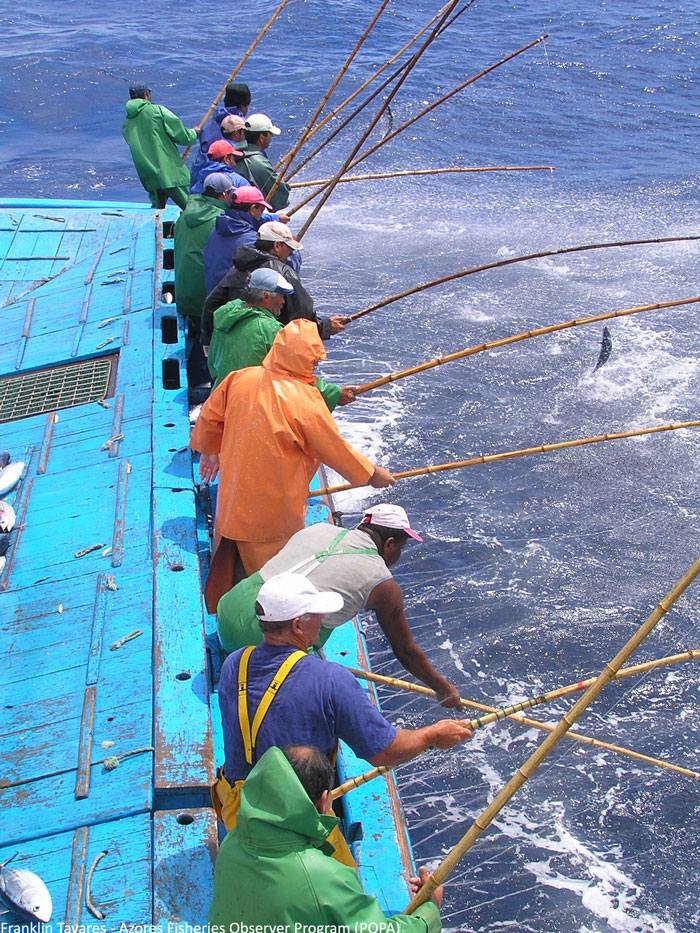 Fully aware of the environmental and social impacts of unsustainable fishing practices on our oceans, Friend of the Sea, an international non-profit organisation, has developed a series of international certification standards for products from sustainable fisheries. The organisation awards sustainability certifications to those marine operators who respect several mandatory criteria. Among these are the absence of overexploited stocks; the use of fishing methods that don’t impact on sea bottoms; proper waste management systems; respect of social accountability measures and others.

“Overfishing is one of the main issues in a long series of negative impacts unsustainable fishing practices have on our oceans,” explains Paolo Bray, Founder and Chief Executive Director of Friend of the Sea. “In order to protect our oceans and minimise the impact of unsustain – able practices on the marine habitat, Friend of the Sea has created numerous mandatory criteria for fishing, aquaculture, fish feed and fish oils products. Hundreds of companies around the world have already complied with the criteria and have shown the sustainable nature of their activities and products.”

As a matter of fact, the Friend of the Sea international certification programme isn’t limited to sustainable fishing only. In fact, the organisation has also developed international criteria for products from sustainable aquaculture – Friend of the Sea is currently the only organisation that certifies both products from sustainable fishing and aquaculture – and for fish oil and fish feed products as well. The progress has been significant and there is hope that in the near future more worldwide fishing activities will become sustainable.

By Yuliya Shcherbina (Friend of the Sea)