A new set of rules is on the horizon as the Food Standards Agency (FSA) gets underway with its restructure of food safety regulation in the UK in order to deliver on its strategic goal of ‘Food We Can Trust’ – an aim that should be applauded and welcomed by the consumer.

As the FSA itself has said, ensuring that food is both safe and what it purports to be, in a fast changing and uncertain world, requires a fundamental redesign of its regulatory role and the way regulation is delivered for the benefit of consumers. Its vision is to move to a risk-based approach in which “the costs to business from regulation are no more than they need to be”.

This regulatory rethinking is in direct recognition of the more complex, globalised nature of our food supply. The FSA has put pressure on our manufacturers, retailers, restaurateurs and importers to ensure the veracity of their supply chain coupled with the increasing demand for new foods and the entry of new suppliers, leading to concerns that advance – ment in business innovation is outdating the existing regulatory regime. The rationale for the review also addresses the lack of resources available to maintain the approximate 350,000 annual inspections. But will the new framework and new rules be enough to tackle the growing complexity of food hygiene and are they sufficiently impartial and robust to maintain and engender trust and respect from consumers?

The FSA says it wants to set new standards in food safety and give a more comprehensive underpinning to its regulatory regime using various different sources of information. It also wants to ensure that food safety and authenticity are “top of a food business’s mind every day – not just on inspection day”.

Although the new model, coined ‘Regulating our Future’, remains a work in progress, the FSA has already outlined the need for better, more thorough regulation of food safety, by using up-to-date business information gleaned from internal auditing and sampling processes as well as information from third party organisations, moving away from the ‘one size fits all’ approach. It has embarked on a programme of engagement, including a three-month pilot programme to compare food safety data from specified big businesses with that collected during inspections from local authorities to see whether this “can be used to provide assurance that they [the businesses] are doing the right things for consumers.”

This makes sense on paper and it seems balanced to utilise more than one type of resource. However, the ‘self-regulation’ element contained within the new proposed regime has caused significant controversy. In addition to these new information-gathering methods, the FSA has suggested some larger organisations ‘self-regulate’, leaving room for a regulatory framework that accommodates businesses in all different shapes and sizes.

Food manufacturers recognise that their success, measured in terms of profitability, is completely dependent on consumer satisfaction. It is in their interest, therefore, to establish and administer the controls that ensure that their products do indeed meet consumer expectations of safety and quality.

In the main, food manufacturing organisations are highly professional and have robust quality and hygiene standards. They are also regularly audited by the major multiples to whom they supply. However, one still has to question whether self-regulation is the right direction.

If the FSA can utilise the standards that the firms have developed and provide a broad framework with flexibility to allow firms to adapt to their own particular circumstances and risks, then risk management could be further embedded into their everyday operations. It could also perhaps lead to greater commitment to and adherence to regulations which they themselves have helped devise.

But, with food product recalls reported by the FSA and EFSA (European Food Safety Agency) generating high-profile media coverage on a regular basis, how trusting will consumers be in the safety and quality of their food supply if an overarching and independent body is visibly absent, or at least perceived to be? An authority that provides not only checks and balances but puts the consumer first by virtue of its impartiality? After all, consumers should be at the front and centre of this debate and if the consumer’s perception is that self-regulation is a bad move, ‘Food We Can Trust’ won’t be achieved.

One could argue that with the introduction of the new sentencing guidelines for breaches of food safety and hygiene regulations last February – which introduce some stringent fines for failure to meet food quality standards – that companies violating rules and regulations stand to be publically vilified and may well suffer brand damage, or even share price devaluation as a result.

When challenged on the self-regulation proposal, the FSA has made clear that before such a step would be taken, any large organisation or food retailer would need to provide the regulator with the ‘level of assurance’ required – adding that it doesn’t yet have details of how it would get that assurance.

Equally, when interviewed by the Grocer in September, Heather Hancock, FSA chair said: “We know a company like Tesco has systems which reach a long way into its supply chain and some very good systems for food safety and food authenticity, which we believe we can learn from.”

The theory here makes sense but the student/teacher relationship seems to be reversed. It’s admirable in one sense that the FSA recognises it can learn from the leading manufacturers and retailers, and it is right that they should be involved in standard setting. Their knowledge of the food supply system can help guarantee its efficiency and effectiveness and ensure that it results in a supply of safe products. But some would argue that turning to the private sector, only four years after it found itself at the centre of the consumer-confidence-crushing horsemeat scandal albeit as a result of a criminal enterprise, might not go down well with the consumers and may be seen as pandering to the lobbyists who want less government-controlled regulation.

It is argued by some commentators that the self-regulation proposal is merely a cost-saving exercise on the part of the FSA. No doubt there would be significant financial benefits, notably for the state by reducing the costs associated with its current resource-intensive inspection and enforcement regime. Arguably, however, the FSA could then target its enforcement and intervention efforts, having more time to direct its resources to those companies which are either unable or unwilling to effectively self-regulate.

Certainly, a more bespoke and introspective approach to food hygiene and safety has value in a food industry full of growth and diversification in so many different areas. But some industry observers have suggested the changes are being driven purely by costs and that the new regime will present more risk of food fraud in an industry where the advancements in innovation are booming. For example, it is believed that laboratory grown meat, with the use of stem cell technology, will be in regular use in 20 years’ time. If this happens, then the laws applying to agricultural farming as we know it today will be extinct. And this isn’t the only innovation that could become mainstream. The prospect of 3D food printing becoming a restaurant kitchen’s staple appliance in the next two decades is increasingly looking like a more realistic prospect. The surge in genetically modified food is also becoming more acceptable as the needs of feeding a growing population in industrialised and developing nations become more widely acknowledged.

Innovation is no bad thing. The food industry has for years developed new products for the consumer and it is right and proper that the FSA recognises that, as innovation takes a step change, then the regulations governing food safety and hygiene need to move at the same or a swifter pace. The food industry as a whole can call on a number of organisations that specialise in guiding companies through the myriad of quality, safety and regulatory requirements to help them meet both local and international regulation and the FSA is sure to consult with these organisations before finalising its redesigned future focused regime.

Garry Moseley is Director of the Food & Drink Practice at Arthur J. Gallagher. He has been in the insurance sector for 37 years, working at two major global Brokers for 24 years and prior to that a major UK Bank. He has worked both in a client service and new business development role at senior levels. He has experience in dealing with a wide range of major Plc and private companies in helping them to structure innovative and cost effective balance sheet protection. Garry’s specialities include the retail sector, food manufacturing and processing. 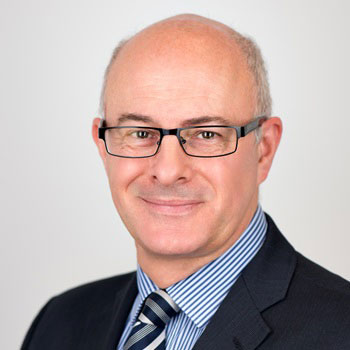