What lies ahead for the manufacturing giant as consumers become more and more health conscious? We take a look at what’s changing for one of the food world’s giants… 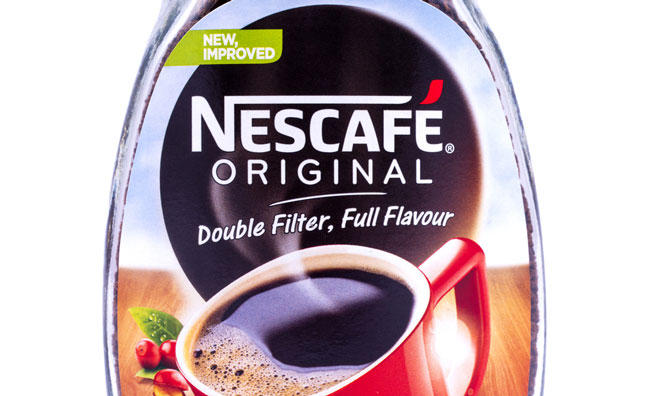 Nestlé, the world’s leading nutrition, health and wellness company based in idyllic Switzerland has long been considered a beacon of commercial stability. Many of the largest food and beverage companies are often considered by economists as reliable, especially in times of surprise and financial unpredictability, times that 2016 frequently reproduced.

Nestlé is no exception to this, its 150 years in existence a testament to its success. During 2015 it is thought that the company sold $90bn worth of goods across almost 200 countries. Others estimate that out of each and every cup of coffee drunk in the world, Nestlé’s iconic Nescafé can claim ownership to making one in five.

The brand and company’s global reach is indisputable and is valued by each country in which it is present: employing in the UK alone, 8000 people across 20 sites.

However, many threats lie on the horizon for Nestlé not least as its status as one of the market leaders in confectionery. With Rowntree, Kit-Kat and many other famous confectionery brands under the Nestlé umbrella, it now faces a significant challenge with respect to consumer demand for healthy and nutritious alternatives.

As New Food reported earlier, the food and beverage industry both in 2016 and 2017 have and will be defined by the health and clean label trends. Many of Nestlé’s preservative-laden products now face a necessary redefinition to fit in with a modern consumer who explicitly wants to avoid sugar, salt and alienating-to-the-ear preservatives in favour of clean, organic and natural ingredients.

As reported in The Economist:

“From 2011 to 2015 big sellers of consumer-packaged goods, mainly food and drink companies, lost three percentage points of market share in America – a lot in the industry’s context – according to a study by the Boston Consulting Group, a consultancy, and IRI, a data provider.”

In its defence and clearly stating on their website, Nestlé is open in their acknowledgement of this:

“In 2006 we were one of the first companies in the UK and Ireland to introduce Guideline Daily Amounts (GDAs) on the front of our packs. Today over 90% of our packs, including our catering sized packs carry GDA information.”

This may be so, however irrespective of a change in packaging, ingredients and marketing the products themselves are ultimately incompatible with the health and plant-based trend unless radically changed. With the rise of 3G, a Brazilian private-equity company that likes to buy up slow growing food and drinks companies and radically slim them down to dramatically reduce costs, Nestlé might be seen to be looking over its shoulder a little.

Indeed, in recent memory it has failed to reach its goal of around 5% annual sales growth targets, most recently posting 3.2% growth. Nestlé is however reacting to this, defiant but not blind.

The new Nestlé CEO, Ulf Mark Schneider, belongs not to the food industry but comes instead from a health-care background, the first Nestlé Chief Executive from outside the food industry for almost a century. This is suggestive of its acknowledgement that strategic change will be important.

Nestlé however are a dominant force able to boast a global market share across its complete portfolio of products of circa 20%.

Some however wish that the Swiss multinational sell off its frozen foods section, a nod towards critics of the sheer number and diversity of markets Nestlé is active in – from confectionery to pet food.

With the health trend taking hold, it is argued that although labelling itself as a “Nutrition, Health and Wellness company” offering a range of ‘healthy’ products, many would not associate the Nestlé brand with a ‘my-body-is-a-temple’ type ethos. Chocolate and ice cream form two of their most recognisable product markets.

A renewed concentration on the health market poses an interesting future for the brand. It must change its image and has consequently directed a stronger focus towards a sub-section unit, Nestlé Health Science that for example, sells nutritional products such as vitamin-packed drinks for the elderly. In terms of its current profit however, from a commercial perspective Nestlé Health Science’s current revenue potential remains incomparable to its milk chocolate or ice cream products.

Nestlé research has however allegedly found a way to make products that contain significantly less sugar taste just as good.

“Our scientists have discovered a completely new way to use a traditional, natural ingredient…”

Using only natural ingredients, researchers have found a way to structure sugar differently. So even when much less is used in chocolate, your tongue perceives an almost identical sweetness to before. The discovery will enable Nestlé to significantly decrease the total sugar in its confectionery products, while maintaining a natural taste.

“This truly groundbreaking research is inspired by nature and has the potential to reduce total sugar by up to 40% in our confectionery,” said Stefan Catsicas, Nestlé Chief Technology Officer.

“Our scientists have discovered a completely new way to use a traditional, natural ingredient.”

This truly groundbreaking research is inspired by nature and has the potential to reduce total sugar by up to 40% in our confectionery.”

Nestlé is patenting its findings and will begin to use the faster-dissolving sugar across a range of its confectionery products from 2018 onwards.

While adamant that: “We are very much in an investment position, not in a cost-cutting exercise,” as stated by François-Xavier Roger, Nestlé’s Chief Financial Officer.

“But that doesn’t mean that we don’t want to be cost-efficient in what we do.”

It seems Nestlé is very much in tune with what changes need to be made. The road ahead will inevitably continue to grow steeper as the health trend continues to gain global traction and a romanticisation of confectionery as comfort food or to appease children becomes increasingly threatened by scientific research against sugar intake.

The global effort to eat both ethically and responsibly has the potential to hurt Nestlé and many of the other food and beverage superstars. Now is the time to take action.