New Food speaks to Nima CEO and co-founder, Shireen Yates about her product and the social issues we face with respect to allergens… 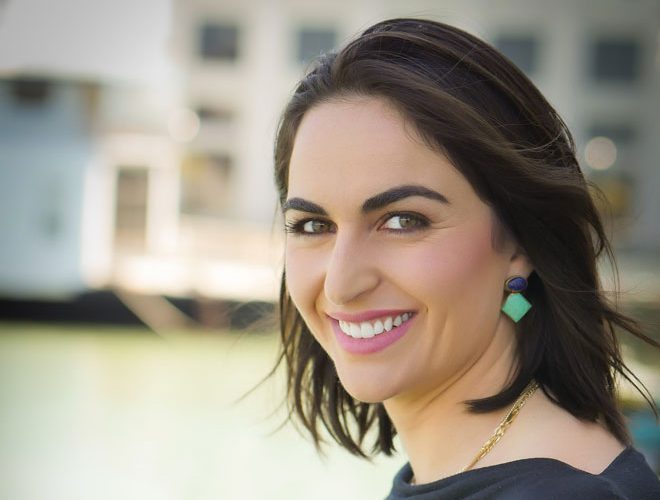 With allergens forever a hot topic, click here to sign up to our allergens webinar coming very soon…

Following a piece New Food ran earlier in the month on innovative, portable allergen detection technology Nima, we decided to explore further just why being able to check for gluten on-the-go might be so important to those allergic.

New Food speaks to Nima CEO and co-founder, Shireen Yates about her product and the social issues we face with respect to allergens… Could you give a brief overview of Nima and how it works for our readers?

Nima is a discreet and portable food sensor that allows consumers to test their meals for gluten in a few minutes. Nima is sensitive to 20 ppm (parts per million) and specific to gluten.

Nima’s chemistry and hardware components are working hard so consumers don’t have to. In three steps, users can sample their food and test it for gluten.

Nima will also connect to a mobile app to offer a community component with the ability to share food test results with other testers.

What issues regarding allergens do we face in everyday society at present?

Up to one-third of Americans avoid or reduce gluten in their diets, and the number of people avoiding gluten is ever-increasing. About 3 million Americans have celiac disease and another 15 million have allergies to foods. When trace amounts of a food can cause a reaction for folks with food sensitivities, strict avoidance is the best measure to prevent serious consequences.

People with food sensitivities have told us they are always anxious dining out, worrying about the negative repercussions that could follow even after doing their due diligence with restaurant staff. Many have to choose between either social isolation or the potential for reactions to hidden ingredients in their food. Food testing kits currently on the market are clunky and difficult to use, take about 10 to 15 minutes and aren’t useful on-the-go. These limitations usually mean that most consumers don’t do their own testing.

How did you come up with the concept?

I found out in college that I had allergies to gluten, egg, dairy and soy and had to completely rethink the way I ate. Even though I was actively avoiding those foods, I was still getting sick and felt perpetually sub-par. I was at a friend’s wedding and forgot the snack pack I usually bring to weddings with me (because I can’t eat anything at social events). I saw these delicious risotto balls and asked the server if they were gluten-free. She said, “How allergic are you?” I was so frustrated (and hangry) in that moment, and thought, what if you could just take a sample of food and test it to see if gluten was present? That’s where the idea began. Through mutual friends from MIT, I met my co-founder, Scott Sundvor, who shares my intestinal distress, and we decided to build Nima and bring the product to folks like us.

Exciting times ahead. How will Nima be looking to expand?

Nima R&D is already working on tests for peanut and milk, and we’re expecting to release those on the Nima platform in 2017. The goal is to have one device that can test for multiple allergens, by just switching out a different capsule for each allergen.