In this blog piece, Barbara Mason of the Food Advanced Training Partnership discusses the sugar vs sweetener debate… 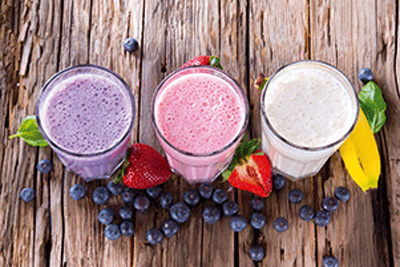 Earlier on this week I was having a coffee or several with my friend and colleague Lisa Methven, Associate Professor in food and sensory science and director of the Sensory Science Centre here at the University of Reading.

We were reviewing a previous Food ATP module, Diet Quality & Health that had just finished on campus and prepping for Lisa’s module with us due to run in October, Understanding and Influencing Consumer Behaviour. As I added sugar to my next coffee I asked what her take was on the latest sugar vs sweetener debate to hit the popular press. I was after all sitting with one of the UK’s experts on the matter so who better to ask. “Hmm” she said and we both looked at our watches. “How long have you got?” Not long enough, clearly. I never have when I ask her a throw away question. I could listen to her for hours. Plus she drinks as much coffee as I do and doesn’t mind my dosey questions.

Well we covered many things and forgive me but I so want to share some of them with you. Of course, to manage expectations and to give you an early exit option, neither she nor I will answer the sugar vs sweetener question but boy, will she give you food for thought which might just help you reconcile things a little. It has me, and by way of a clue, Lisa added neither sugar nor sweetener to her coffees. I may not be but she is definitely sweet enough, so bear with me, hang on to the end if you can and take this journey with me.

She started with the WHO guidelines which, in March 2015 stated that “free sugars” should be restricted to 10% of the total energy intake of adults and children with the recommendation that it be 5%, that’s about 25g or 6 teaspoons in total per day. To clarify what “free sugars” are – this is what is added by a manufacturer, a cook or a consumer as well as those naturally occurring in honey, syrups, fruit juice, concentrate, smoothies and the like. But it doesn’t include the sugars naturally occurring in the fruit that makes up your smoothie, juice, concentrate etc. I’m sorry? Was she saying that if I piled up all the fruit that would go into my smoothie and just ate it then that wouldn’t count but if I made a smoothie out of it then it would? Yes, she was saying exactly that. Well marvellous, I’m back on my soap box of mixed messages and how to make a sensible choice.

So she quietly explained the reasoning behind this was that in things like smoothies there is the additional fruit juice that is added to make it into a drink which is an awful lot of fruit extra – it takes a lot of apples to make 200ml of apple juice and you haven’t had all the other nutrients or any of the mastication process (chewing, salivation etc that goes on in your mouth to start the digestion process) that come with eating the fruit itself. Ok so I got off the soap box and sat down again.

So having satisfied our academic-ness by clarifying our definitions up front we got back to the topic of sugars vs sweeteners as mentioned in the popular press and in particular the issue of fizzy drinks.

A quick google of sweeteners and sugar substitutes gives something in the region of a gazillion hits with something like 99% of those being so outrageously sensationalist as to be crackpot, 0.9% of them being sales pitches and 0.1% being evidence based information, generally involving chemical structures, which do light my fire but for most people they are a huge turn off. I made the mistake of reading an apparently well-informed article for a well-known fitness and health website that was so outrageously wrong in its science it would have been funny if it wasn’t for the fact that people hang on their every word.

Just after the March UK budget Carol Wagstaff, the Food ATP director wrote about the sugar tax and picking up on that theme, as Lisa said, “so what’s the problem if we can use sugar substitutes, artificial or natural?” (and I am not going to pick up that debate here). Surely that would help us reach the WHO targets easily. Can’t we do what the sensationalists suggest and just ditch the sugar? (Yes, soap box moment number 2.) Lisa explained that all sweeteners come with sensory issues – stevia for instance has a liquorice note, others are bitter, and some last in the mouth for ages which not everyone likes. Generally, it’s ok to switch the sugar in my coffee for a sweetener because as a consumer we would never add as much sugar or sweetener as is added in most commercial drinks. Many commercial drinks have fruity profiles and therefore contain acids too; so more sweetness needs to be added (as either sugar or sweetener) to make it sweet enough for the consumer. The sourness of the acids supress the sweetness – just like when you make a sweet and sour sauce. Indeed, this is the case for instance in the pasta sauces that Mars recently announced it would label with cautionary notes about only eating once a week because of the huge amount of sugar in them – and again it’s here so that there is enough sweetness  to counteract bitterness and acidity from other ingredients.

So how much of a natural sweetener, like Stevia, can you add? Lisa explained that realistically in your average fizzy drink you can only really have up to a 50% reduction in the sugar without the stuff becoming (more?!) hideous. “50%?” I said “well a 50% reduction in sugar must be a good thing, right?”

“No not really” she said. So I’m really starting to go off her now (soap box 3). “Please explain”. And of course she did, and this is the gist of it. If your fizzy drink of choice has been something like coke zero then your sugar intake has, excuse the obvious, been 0%. But suppose you decide to switch away from the artificial sweeteners in favour of the “reduced sugar option” for whatever reason, then the minimum amount of sugar you will now be taking is in the region of 50%. So let’s be clear – you’ve gone from 0% to 50% sugar. Hmmm.

So we are still left with the dilemma of sugar vs sugar alternatives, but of course there is more to this than fizzy drinks. Sugar provides a functional role other than sweetness in a whole range of products. In biscuits and cakes for instance, it has a substantial role to play in texture. Indeed Lisa is an investigator on a couple of research projects that have been recently sponsored by Innovate UK working to reduce the sugar content in ”real foods”, something which continues to be extremely difficult to achieve. Just image what cakes and biscuits would be like if you replaced your 150g of caster sugar with the same amount of sweetener. My eyes are watering at the thought.

And then there’s what she describes as “sweet-liking” – some people just like things that are sweet. We are all born with primordial tastes. As newborns and infants we crave sweetness in our search for carbohydrate and at the same time we dislike bitter and sour because they indicate toxins and rancid food. As we grow and develop we “learn” to like bitter more and sweet a little bit less. It is commonly known that we can learn to like less salt. Manufacturers have reduced the salt content in lots of products accordingly so why does it seem that we can’t do the same with sweetness? Is it that primordial taste?

And that is pretty much a whistle stop tour of my coffee with Lisa but I leave you with her parting question which, for me is the real biggie to ponder: “Are we right in continuing only to look at sugar alternatives? Should we be trying to reduce the sweetness in our diets instead?”

Lisa Methven is the module lead for Understanding & Influencing Consumer Behaviour and a contributor to Diet Quality & Health as well as Flavour: From Farm to Fork & Beyond. Her co-researchers on the new Innovate UK sponsored research are Julia Rodriguez Garcia, lecturer in food science and technology who is a contributor to the new for October Applications of Food Texture & Rheology course and Jane Parker, Senior Research Fellow and Founder and Director of the Flavour Centre is the module lead for Flavour: From Farm to Fork & Beyond, Dimitris Charalampopoulos and Afroditi Chatzifragkou.

If you have enjoyed reading this blog and would like to know more about how food and diet quality and sustainability are managed within the food chain check out these courses: