Adding to the mix

Various ingredients have long been known to have a beneficial effect on baked loaf volume and texture. Ingredients such as fats and lipids, surfactants, oxidants and enzymes are frequently added to bread formulations to give improved product quality by giving better tolerance during processing; improving texture and volume; increasing shelf life or by minimising the natural variability in quality and the effects of different types of milling amongst different wheat flours. Combinations of these ingredients are sold to the baking industry as bread improvers.

Improvers are now almost universally used in commercial bakeries and can account for a significant proportion of the total costs. For example, the estimated value of the UK market for improvers in baking is in excess of £100m and, although the smallest ingredient by weight, they are the most expensive at around £1000/tonne. So improvers can be thought of as amongst the most valuable ingredients in baking. 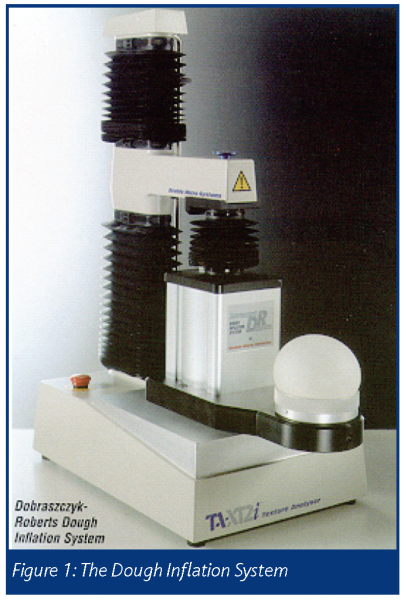 Probably the most valuable ingredients being used in the baking industry at the moment are enzymes, proteins produced naturally from bacterial or fungal sources. These are widely used in the baking industry as processing aids, added to the flour during mixing into dough. These include bacterial and fungal amylase, xylanase, lipase, glucose oxidase and transglutaminase.

One of the most useful properties of enzymes is that they have a high degree of specificity and will catalyse a reaction with only one or a few substrates: for example, amylase acts specifically on amylose and amylopectin in starch, breaking them down to oligosaccharides and dextrins; xylanases attack non-starch polysaccharides such as arabinoxylans. Another advantage is that they work quickly at temperatures close to those of proof and the early stages of baking. With a few exceptions, enzymes do not usually function at low temperatures. The reaction rate may be increased with increasing temperature, providing the structure of the enzyme is unimpaired. However, generally as the temperature increases the stability of the enzyme decreases and its capacity to catalyse the reaction also decreases. At higher temperatures the enzyme may be denatured and rendered inactive as the active site is destroyed. Most enzymes are completely inactive above 100oC but there are some that tolerate these high temperatures – they are termed thermostable. Many enzymes function best at an optimum pH and are inactive at pH values removed from this optimum. The more useful enzymes from a commercial point of view are those with a broad pH and temperature optimum so that small fluctuations will not greatly affect the reaction rate.

The beneficial effects of many of these ingredients are often seen only in the later stages of proof and during the initial stages in the oven, leading to the widespread belief that their effects are due to changes occurring at these stages in the baking process. Unfortunately, most investigations into the mechanisms of these ingredients have been either on the quality of the final product, such as looking at changes in the crumb structure, softness or baking volume, or under conditions of time, temperature and deformation far removed from the conditions under which they operate (such as measurements on the dough immediately after mixing at room temperature). In order to make any meaningful investigations into the mechanisms of these ingredients, it is necessary to make in-situ measurements of dynamic changes in dough properties as they occur during the baking process, under relevant conditions of deformation and temperature and to relate these to the final product volume and texture. This has only recently been made possible by the use of newly developed techniques that allow the direct measurement of dynamic changes in dough properties, structure and bubble stability as they occur during the baking process and the effect of adding improvers, under conditions of deformation and temperature relevant to breadmaking. These techniques include:

A new DEFRA funded Link project (Effect of Bakery Ingredients on the Stability of Bubbles in Dough and the Creation of Texture in Bakery Products) has recently begun at the Universities of Reading and Manchester, which aims to investigate the physical mechanisms responsible for maintaining and stabilising bubble growth in the aerated structure of baked products using the above techniques. The actions of surfactants, enzymes, fats, oxidants (including oxygen), bran and aleurone components and their interactions with gluten and starch on the creation of bubbles in dough during mixing and their subsequent evolution during proof will be studied. The project consortium includes The University of Reading, The University of Manchester, Air Products, Bakemark UK, Branscan, Danisco, Puratos, RHM Technology, Satake UK, Stable Micro Systems.

How do improvers work?

Many theories have been proposed to explain the beneficial effects of improvers during baking, most of which invoke improved bubble stability, gas retention and delayed coalescence as a result of stronger gluten or stabilisation of an interface at the expanding bubble walls (Table I). Many of these mechanisms are contradictory, with some improvers giving decreased elastic modulus linked to a beneficial effect on volume and texture, whilst others give increased elasticity and relaxation time. However, there has, until now, been little direct investigation of these proposed mechanisms – mainly because the techniques to study these effects directly under conditions relevant to baking expansion have not been available. Extensional rheology of doughs tested under conditions similar to baking expansion has been closely related to bubble stability under a previous LINK project at the University of Reading: ‘Structural And Rheological Determinants Of Gas Cell Expansion In Baked Product Doughs’ (1998-2001). This work led to the development of a new rheometer in conjunction with Stable Micro Systems Ltd. (the Dough Inflation System, Figure 1), which measures the extensional rheological properties of doughs under deformation conditions relevant to breadmaking. This has shown for the first time that bubble wall stability in expanding doughs is directly related to their extensional strain hardening properties and that these are important in determining baking quality. Work on polymer melts has shown that extensional strain hardening is a sensitive indicator of changes in secondary molecular structure such as small increases in the size of the highest end of the MW distribution, or the presence of long chain branching (LCB). Strain hardening (the non-linear rapid increase in stiffness with increasing stretching) is highly sensitive to the degree of entanglement and LCB of the polymer chains and is strongly related to the processing performance of polymers under large deformation, such as fibre drawing or film formation.

Measurements of extensional rheology of doughs using the new SMS Dough Inflation System at elevated temperatures up to 60oC and constant strain rate have shown that doughs exhibit strain hardening and that these extensional rheological properties are important in maintaining bubble wall stability and baking performance. When strain hardening falls below a value of 1, the bubble walls are no longer stable and fail rapidly, leading to rapid bubble coalescence and loss in gas retention. The temperature at which doughs reach this value is progressively increased as their baking volume increases (Figure 2), indicating that this critical value of strain hardening is important in the prevention of early coalescence during proof and baking. This critical value has been used as a predictor of bubble wall stability and baking performance and has been shown to discriminate baking performance in a wide range of doughs from wheat varieties and grists of varying baking quality3-6. Confocal laser scanning microscopy (CLSM) is rapidly becoming established as a tool for the non-invasive imaging of structural components of fragile multi-component food systems, where it is possible to image the separate phases of complex food systems using fluorochrome phase staining techniques. Conventional microscopic imaging methods require extensive sample preparation that often creates artefacts and damage to the structure. CLSM, however, can penetrate non-invasively into opaque food systems such as dough to obtain a 3-dimensional image of the structure at resolution of a few microns and monitor time-dependent changes such as bubble expansion in doughs during proof and baking in real time. Wheat flour doughs have been studied using the confocal laser scanning microscope with a heating stage to quantify the structural changes that occur within dough during proof and baking. It is possible to see, for the first time, the direct evolution of the gluten network and bubble structure during heating of doughs and to gain quantitative information about the localised effects of improvers under deformation conditions similar to baking. Initial results have shown that the development of the continuous gluten network and bubble structure of doughs during proof can clearly be monitored and that interactions between gluten, starch and bubble interfaces with added fats and lipids are clearly visible (Figure 3). Dynamic dough density is an elegant and sensitive method that allows the gas production, gas retention capacity and loss of gas retention of dough to be monitored, thereby allowing investigation of factors affecting these dough properties. The system has been used to investigate the effect of surfactants, fat, bran, added proteins and mixer headspace pressure and composition on growth of bubbles and to validate models of bubble growth during proving of bread dough. These studies have demonstrated the sensitivity of the system and its potential for quantifying the expansion and gas retention capacity of doughs in a way that facilitates interpretation and practical use of the information. Within the proposed project, the system will be used to investigate the contributions of the various ingredients to bubble growth and stability.

Image analysis of bran and aleurone in flour

Bran and aleurone are known to have strong effects on the texture and volume of baked products, but little quantitative information is available about the direct effects on bubble stability and structure during the baking process. The newly developed Fluoroscan (Branscan Ltd., Evesham, UK) can be used to automatically measure bran and aleurone content in flour obtained by the new method of debranning, which selectively removes the deleterious outer bran layers, but keeps the beneficial aleurone layers.