The challenges and necessity of tea authenticity

This week’s Chris Corner delves into the issue of tea fraud, with Professor Chris Elliott highlighting why this drink is a particularly tricky one to validate.

Tea is the world’s most popular beverage and has been traded worldwide for centuries, with an annual market worth over £15 billon and a 10 percent annual growth rate.

It has been an indispensable part of British culture since the 17th century – which currently holds the title of the largest tea consumer in Europe (£302 million in 2018) – with approximately 60 percent of Brits drinking tea every day, an average annual consumption of nearly 2kg per capita.

The tea market predominantly relies on imported supplies from different parts of the world; differences in geographic origin, quality and taste leads to a huge variance in price. The vulnerability of the global tea supply chain to fraud is sizeable, both in terms of false claims of provenance and the potential for the addition of harmful bulking agents. Businesses and consumers need to be protected from bad actors working within the tea trade.

The issues around tea are similar to many other globally traded commodities: complex and often opaque supply chains, climate change causing crop failures and thus supply issues, sustainability and deforestation, and working conditions including gender-based violence. And all these issues contribute to the food fraud continuum.

It is interesting that when the thorny topic of food fraud is discussed, the mention of tea as a risk is very rare. However, when a member of my research team, Dr Di Wu, and I carried out an analysis of vulnerable supply chains we identified it as a high-risk area. This is not only a result of the factors I have listed above, but also due to the complicated nature of tea production which means authenticity testing can be a tricky undertaking.

As such, we decided this had to be one of our major research targets going forward. Thankfully, due to the Agilent Corporation Thought Leaders award we have recently received, we can take on this challenge.

How the project will help with tea authenticity

At the ASSET Technology Centre based within The Institute for Global Food Security, we have launched this project. Using a range of cutting-edge analytical chemistry, we are testing tea from a range of geographical locations to produce a ‘chemical fingerprinting’ map. 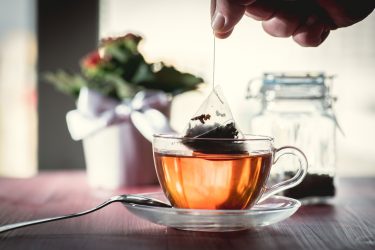 The hope is that this map can be used to check tea samples on sale within various markets in the future to determine the country/region of origin of tea and verify that they have, indeed, been grown in the area they claim to have been. In addition, the presence of known bulking agents (such as Prussian Blue, coal tar dye, indigo, soapstone, plumbago and gypsum) will be tested for.

We intend to subject the chemical information we obtained to data analysis using a range of mathematical tools, including artificial intelligence, to determine if tea from different origins can be identified and separated from one another. Once these statistical models are built, they will be validated with further samples of known origins to calculate the prediction capability of the methods. The most robust (accurate) technique will be selected, and the method will be fully validated to international standards. This method will then be transferred to a number of laboratories across the world.

We have already developed numerous partnerships with tea companies and research organisations across the world and engaged with several major retailers to see if they want to join our efforts to improve the integrity of the world’s tea supply chains. And I would be delighted to talk with anyone, any company, any NGO, who wants to achieve the same end goal.