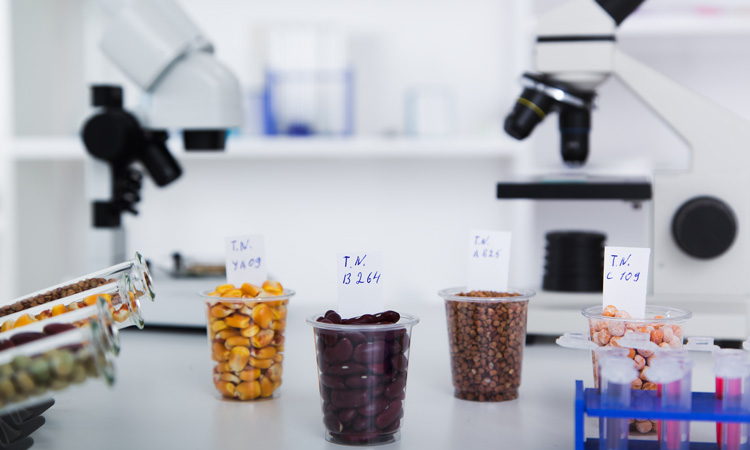 Per- and polyfluoroalkyl substances (PFAS) are a class of highly stable synthetic organic compounds used in a variety of industrial and commercial applications, including surface treatment for textiles, packaging materials and non-stick cookware. These chemicals are characterised by a hydrophobic fully-fluorinated alkyl chain and a hydrophilic head. They are persistent in the environment, sometimes referred to as “forever chemicals” in the media, and are harmful to human health through chronic exposure above safe levels.

The Environmental Protection Agency (EPA)’s official safety threshold for one of the most prominent, perfluorooctanoic acid (PFOA), was set at 400 parts per trillion (ppt) between 2009 and 2016, after which time the agency lowered it to 70 ppt. Several US states have further lowered these limits, such as California, which recently dropped it to 10 ppt for PFOA and 40 ppt for PFOS.

The logical and straightforward application of solid phase extraction (SPE) is used to concentrate the analytes down from large volumes very effectively for the broad range of polar and non-polar PFAS compounds.

In the webinar, Scott Krepich, Food and Environmental Industry manager at Phenomenex, reviewed sample preparation and chromatography concepts in PFAS analyses from multiple matrices, while applying the underlying chemical interaction principles for improved ruggedness and novel adaptation of non-routine techniques.

High profile contamination incidents and emerging PFAS replacement compounds have brought analytical testing needs to a wider set of known and unknown compounds in a variety of matrices beyond that of drinking water. Soils and sediments, along with more challenging solid waste matrices, are being examined further to characterise the environmental impact, as well as remediation efforts and drinking water sources. Biological fluids are also being examined for a wider range of PFAS and their metabolites for toxicology studies, along with food and food packing matrices for additional ingestion routes to human exposure.

Through accumulation in the global environment over the past 60 years and contamination from consumer products and routine laboratory equipment, the general background levels of interfering fluorinated compounds present a somewhat unique challenge in trace PFAS quantification. Replacing system components with non-fluorinated materials like PEEK and minimising contact in sampling and handling are important practices for effective analysis.

The implementation of a delay column between the mobile phase pump and sample injector to distinguish system- and solvent-related PFAS background from those in the sample being analysed has been a key example of a simple and elegant application of the underlying chromatographic gradient mechanism; essentially applying intentional gradient delay.
Drinking water analysis has been the most routine matrix analysed in trace amounts, since this is the most direct source of ingestion, and the reason why the action levels are so low to account for an anticipated lifetime of exposure.

Soils and sediments, along with more challenging solid waste matrices, are being examined further to characterise the environmental impact, as well as remediation efforts and drinking water sources.

The logical and straightforward application of solid phase extraction (SPE) is used to concentrate the analytes down from large volumes very effectively for the broad range of polar and non-polar PFAS compounds (dozens of compounds of interest from the thousands identified). The most recent EPA drinking water additions have both utilised solid phase extraction steps, split into two separate methods: EPA 533 using an anion-exchange SPE method to effectively cover the short/polar acids, and EPA 537.1 using a reversed phase SPE method to cover the longer hydrophobic compounds.

Environmental and drinking water source samples – for example, wastewater, soils and sediments that contain solid particles – have successfully applied techniques, such as QuEChERS, for the extraction before similar LC-MS/MS methodologies.

QuEChERS is a simple salt facilitated solvent extraction followed by a dispersive SPE clean-up that is used to target the sample matrix and has been traditionally used for multiresidue pesticide analyses from food and agricultural samples. Considering the parallels of a range of chemical and physical properties of the analytes from solid or semi-solid samples, this was a logical technique applied from the neighboring food residue testing community, and then also applied similarly to the food products themselves as well as the food packaging.