Are we using too much salt?

Has consumers’ love for salt been a personal choice or one that industry has forced upon them? Action on Salt’s Sonia Pombo explores. 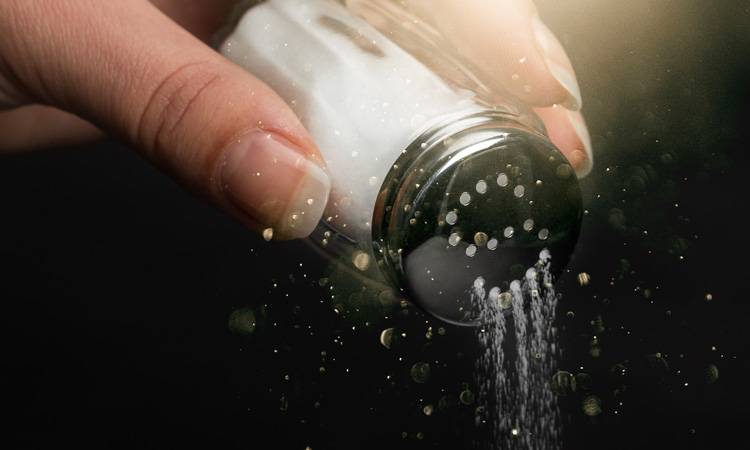 Salt is in everything, and the majority of salt we consume is already in the food we buy. While some might consider it an innocuous ingredient that merely enhances the taste of our food, its excessive use is causing long-term damage to our health.

There is no denying that too much is bad for our health, given overwhelming evidence supporting the correlation between salt and high blood pressure.1 High blood pressure puts you at serious risk of heart disease and strokes, which are leading causes of death and ill health in the world.2 More than one in four people in England3 are afflicted with high blood pressure; yet given that half of the adult population do not know what their blood pressure is, and as it is relatively symptomless, it is a particularly challenging public health issue. Reducing salt is one of the most effective ways to lower your blood pressure.4

How much is too much?

Recommendations in the UK state adults should have no more than 6g/day of salt (which equates to approximately one teaspoon). On average, however, we are eating about a third more than this,5 which might not sound like a lot, but every extra gram can significantly impact long-term health.

What is being done?

While education and public understanding of salt and health is important, the majority of people’s hands are tied when it comes to salt intake. With 75 percent of salt consumption coming from salt added by the food industry,6 the only way for an individual to really control their intake would be to make everything from scratch, including a loaf of bread. Given the fast-paced world we all live in, our ability to achieve this is unrealistic; consequently, consumers rely on industry to produce food that they not only love, but that is good for them. As industry has been adding the salt to food, they are the only ones who can remove it.

Consumers were unable to detect a 25 percent reduction in salt content of bread when done gradually.

The government has been working with the food industry for several years in an effort to lower the population’s salt intake. Following overwhelming evidence in support of salt reduction, government bodies set about creating a voluntary set of challenging yet achievable targets for the food industry, covering over 70 different food categories, which account for approximately 54 percent of salt in the diet.7 Many of the key industry players now understand the importance of reducing salt, and acknowledge their important role in this public health agenda. However, the targets are voluntary, meaning we have to rely on the food industry’s willingness to meet them. 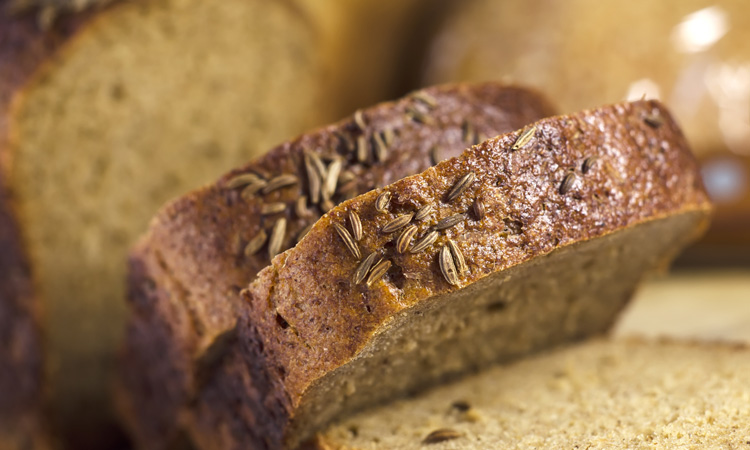 Studies have shown that reducing salt to 0.3 percent and 0.6 percent (compared to 1.2 percent) did not have significant differences with respect to volume, moisture content and bake loss, but it did affect flavour and shelf life

Thanks to a multifaceted and coherent salt reduction strategy involving the food industry, government and NGO’s like Action on Salt flying the flag for improved public health, salt intakes have been declining across the population, from 9.5g/day at the start of the programme, to current intakes of 8g/day. This is an improvement, but we are still some way from the 6g/day limit.
Some foodstuffs contribute more salt to our diet than others, and they may not seem that obvious at first. The biggest contributor of salt to many people’s diets – bread – is not inherently salty by nature, but is consumed in large quantities, contributing to nearly 15 percent of the salt we consume.4 As such, strong efforts to reduce the salt content in bread should be made, as any reduction in salt, however small, would equate to significantly less consumption across the population.

In 2011, Action on Salt carried out a comprehensive survey of the salt content of bread sold in UK supermarkets. At that time, they found one in four loaves of bread contain as much salt per slice as a packet of crisps, which shocked many people. The large variation in salt content across the different loaves available was highlighted, with a fourfold difference between the saltiest and least salty bread available at the time (2.0.3g vs 0.58g/100g).

Do we need salt in bread?

In theory, reducing salt in foods should be simple, but the reality is more complex, with various barriers preventing industry from achieving the targets set by Public Health England.
Many would argue that salt is an essential ingredient in bread making. It both adds and enhances flavour constituents, which is particularly important in industrial production where the dough is not given sufficient time to rise and develop flavour naturally.8 Adding salt also inhibits yeast activity during fermentation, which results in lower gas release, improves overall texture and acts as a preservative by controlling water activity and thus reducing spoilage.

Thanks to a multifaceted and coherent salt reduction strategy involving the food industry, government and NGO’s like Action on Salt flying the flag for improved public health, salt intakes have been declining across the population.

The challenge faced by many in the food industry is developing a product that has less salt but will still be acceptable to consumers. Replacers can be used, such as potassium chloride, magnesium chloride, ammonium chloride, calcium chloride and calcium carbonate, as well as flavour-enhancing acids and other potent aroma compounds. Alternatively, changes can be made to the bread crumb texture, which influences the saltiness perception.9 What is clear is that bread can be made with significantly less salt – but does it sell?

Studies have shown that reducing salt to 0.3 percent and 0.6 percent (compared to 1.2 percent) did not have significant differences with respect to volume, moisture content and bake loss. However, it did affect shelf life and flavour, which would ultimately damage the food industry’s profits.

It is worth noting that in many studies, the drop in salt content of various foods is rather dramatic, which in the real world would not be accepted by consumers. Taste buds, however, can be trained to enjoy less salt, which is why it must be done gradually; studies have shown, for example, that consumers were unable to detect a 25 percent reduction in salt content of bread, when done gradually over a six-week period.10 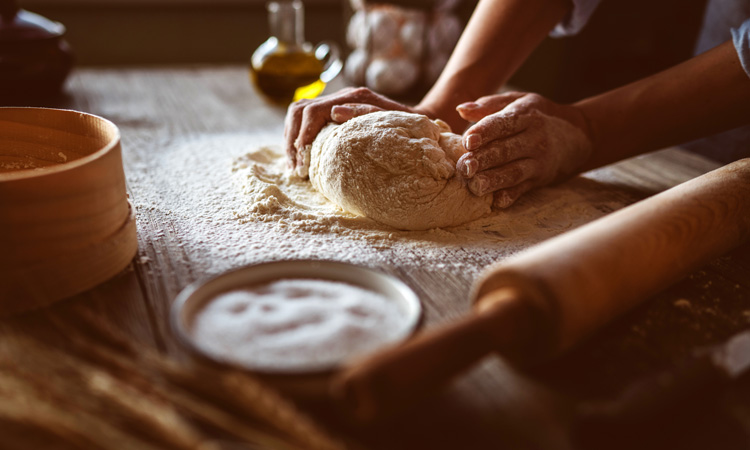 Targets remain, but many industry members are struggling to achieve them, with some foods proving more difficult than others. According to the latest progress report by Public Health England, just over half of all average targets were met by 2017. When looking at bread, on average, salt levels have come down by approximately 20 percent since 2001,11 with some breads being reduced by more than 40 percent. Against the reduction targets, they fair better than other key contributors of salt to the diet, with 89 percent of products sold in supermarkets being at or below the maximum target set for bread (1.13g/100g). Retailers generally made more progress than manufacturers, but a key challenge today is getting the out‑of‑home sector on board, with only 41 percent of bread products sold in the hospitality sector meeting the maximum targets.

While it is true that the salt content of bread is going down, some can still contain as much as 1g/100g, which is the equivalent of 0.5g salt per slice12 – two slices of toast for breakfast and a sandwich at lunch would contribute 2g to your maximum daily allowance. Thus, efforts must continue in the battle to reduce levels.

Salt reduction is the most cost-effective public health strategy – certainly as cost effective as many preventive drugs – and would prevent many deaths and disabilities. A global study has projected a government-supported intervention to reduce national salt consumption is a ‘best buy’ for preventing cardiovascular disease worldwide.13 Various governments and health bodies across the globe, including the World Health Organization, have outlined the necessity to lower daily intakes. As such, the only way we can achieve global reduction is if we work collectively; industry, government and individuals alike. With this in mind, we urge all members of industry to take this seriously and meet salt targets, particularly for bread and other key contributors of salt. Failing to do so should lead to strong action and mandatory measures by government.

Sonia Pombo is Public Health Nutritionist and Campaign Manager for charity Action on Salt. Prior to this, Sonia was Senior Nutritionist at Leatherhead Food Research, providing nutritional advice and research assistance to the food industry. Sonia is now responsible for managing Action on Salt’s campaigns and raising awareness of the importance of a lower salt diet to public health, focusing her efforts on the food industry and government. 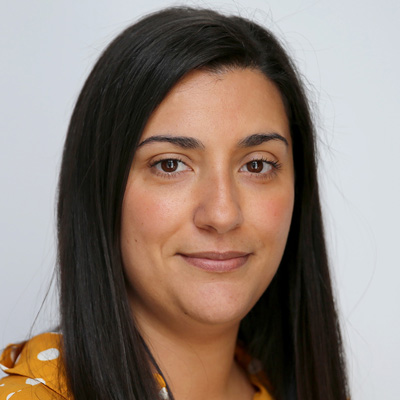