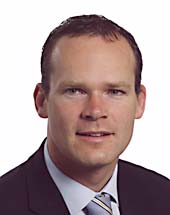 As President of the EU Council of Agriculture Ministers, Irish Minister for Agriculture, Food and the Marine, Simon Coveney, today chaired a meeting with the EU Commissioner for Health and Consumer Policy, Tonio Borg and Ministers from Member States directly affected by the serious disclosures of mislabelling of processed meat products. The Minister said that, following the discovery in January by the FSAI meat authenticity survey of the presence of horse DNA in beef burgers, the issue had become a pan European problem as several other Member States subsequently found horse meat in a range of processed beef products. Minister Coveney pointed out that that the application of DNA testing technology had uncovered what appears to be a widespread fraud and mislabelling of certain processed products resulting in consumers being mislead.

At today’s meeting in Brussels, Ministers shared information on the extent of the problem and on the respective responses to identify the suspect point in the supply chain. The Commission and Ministers agreed to direct their respective competent authorities to cooperate closely and also agreed that an EU coordinated response was required.

In this context Minister Coveney welcomed a proposed recommendation from the Commissioner to introduce an EU-wide three month programme of control measures including random DNA testing of processed beef products in Member States and testing for horsemeat residues in slaughterhouses. The proposal is for testing to be carried out in all Member States on a proportional basis between the 1st and 31st of March. Overall some 2,500 samples of processed beef products will be taken across the EU and some 4,000 samples taken at slaughterhouses for phenythbutazone (‘bute’). These 4,000 samples will compromise of 2,500 samples of EU horsemeat and 1,500 samples from non-EU horsemeat.

The intention behind the programme is to publish the findings of the first month’s testing on 15th April following their presentation to the Commission. The results of this control programme would provide an evidence base for the possible consideration of further measures. The details of this recommendation will be tabled at a special meeting of the Standing Committee on the Food Chain and Animal Health on Friday.

Following the meeting, Minister Coveney said he was pleased with the progress achieved and the prompt response by the Commission. He had already arranged that the matter would be discussed at the next Council of Agriculture Ministers on 25 February. “The FSAI survey has shown Ireland to be at the forefront of controls on food production and signifies the importance placed on ensuring, not only safe food for consumers, but equally on ensuring the integrity of the food supply chain. Consumers should rightly expect not to be misled by inaccurate labelling and must have confidence in knowing what they are eating.”

“Ireland will continue to give leadership in this area and will work with our EU partners to ensure new consumer assurance measures, including increased testing and more accurate labelling, are introduced”.

By Government of Ireland