Export prices rise for wheat, maize, sugar and palm oil, but decline for cheese, poultry and sunflower oil, according to the Food and Agriculture Organization of the United Nations (FAO). 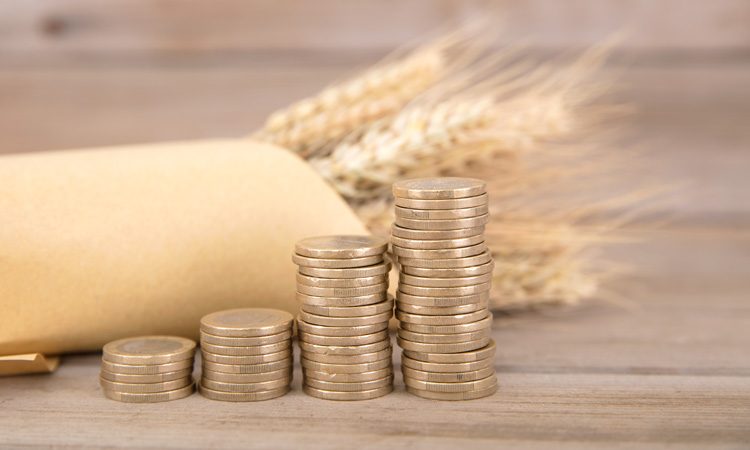 Global food prices rose in October 2019 for the first time in five months, as international quotations for sugar and key cereals increased significantly, according to the Food and Agriculture Organization of the United Nations (FAO).

The measure, which tracks monthly changes in the international prices of commonly traded food commodities, was released by FAO.

The FAO Cereal Price Index rose by 4.2 percent during the month, as wheat and maize export prices moved up sharply on the back of reduced crop prospects in several major producing countries and robust trade activity. By contrast, rice prices slipped, driven by subdued demand and prospects of an abundant basmati harvest.

The FAO Sugar Price Index increased by 5.8 percent in October amid expectations of much tighter supplies in the year ahead, due mainly to anticipated large reductions in sugar output in India and Thailand, the world’s largest sugar producer and largest sugar exporter, respectively.

The FAO Vegetable Oil Price index also rose, increasing 0.5 percent to reach its highest level in more than a year. Palm oil quotations nudged up by new biodiesel mandates in Indonesia as well as firm import demand and expected slowdown in output growth, while those for sunflower oil fell in the wake of bumper harvests in the Black Sea region.

The FAO Dairy Price Index declined by 0.7 percent in October, as notably lower price quotations for cheese more than offset increases in those for skim and whole milk powders.

FAO also lowered its forecast for global cereal production this year, linked to reduced prospects for coarse grains and wheat. Still, year-on-year, world cereal output is set to grow by 1.8 percent from 2018, according to the Cereal Supply and Demand Brief, also released by FAO.

Looking to 2020, rainfall shortages may hamper the sowing of crops, including wheat in the European Union and maize in South America. The weather outlook is generally favourable for crop plantings in the Russian Federation and South Africa.

FAO anticipates the global cereal stock-to-use ratio declining modestly to 30.4 percent, still judged a comfortable level. Wheat inventories are expected to rise, while those of maize and rice to decline.

the Food and Agriculture Organization of the United Nations (FAO)

the Food and Agriculture Organization of the United Nations (FAO)