“Square. Practical. Good.” Everyone knows the chocolate bars from RITTER SPORT. Quality, safety and efficiency have top priority in their production. 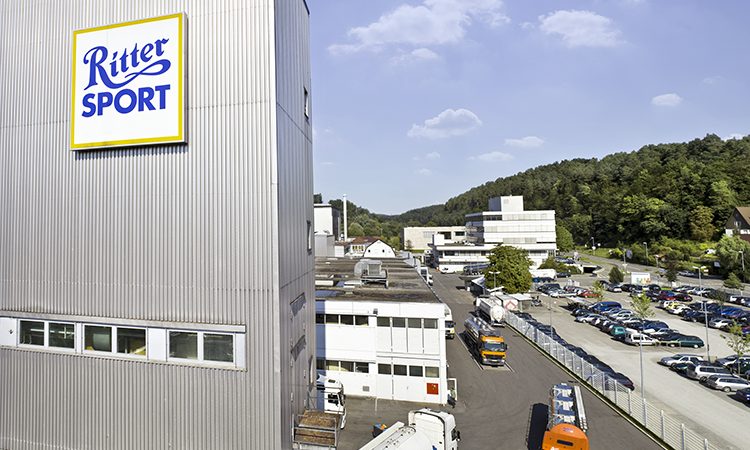 The process starts with the storage of raw materials, such as in the silo building with the six stainless steel silos – three of which are intended for milk powder and three for lactose. From there, the ingredients are distributed into the day silos before being weighed and blended together with other components in the mixing unit.

The environment in the silos is not exactly a friendly one for level gauges: temperatures inside are sometimes very high, which places special demands 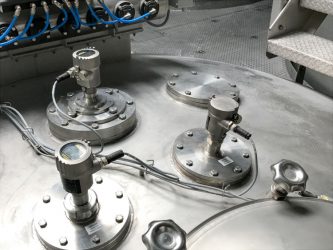 The silos in which VEGAPULS 69 is used are about 11 m high.

on the sensors. When the silos are being filled, overpressure can build up if the filters get clogged. VEGABAR 82 pressure transmitters are deployed here and for overfill protection, VEGAVIB 63 sensors are used. Together, these instruments protect against excessive pressure and overfilling in the vessel. In addition, special dust explosion protection requirements must be observed. When filling the silos via compressed air, milk powder or lactose is whirled up; such fine materials then settle everywhere – even on the measuring instruments. Exact measurement of the level is absolutely necessary despite these conditions. Until recently, a sensor based on guided microwave technology had been used for level measurement. For point level detection – ie, protection against silo overfilling – the company had been using a capacitive method. New silos were eventually installed and RITTER SPORT was looking for a state-of-the-art solution.

When VEGA recommended the radar level sensor for bulk solids, VEGAPULS 69, which was launched on the market in 2016, the Waldenbuch chocolate maker was amazed by the vastly more accurate measuring results and the distinct echo curves. This non-contact radar sensor operates at

the very high frequency of 80GHz. The direct effect of this higher measuring frequency – instead of 10°, a DN 80 antenna generates a beam angle of only 3° – means that, as a result, focusing is much tighter and media with poor reflective properties can be detected far more reliably. In addition, the 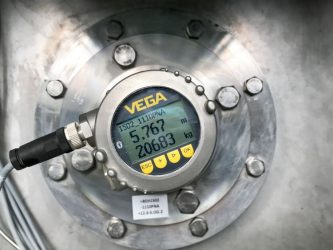 The Bluetooth function now makes it possible to adjust the sensor wirelessly from a distance of approx. 25m.

instrument is completely unaffected by buildup, dust or internal vessel installations. Thanks to its particularly good focusing and large dynamic range, VEGAPULS 69 detects poorly reflecting bulk solids reliably even at distances of up to 120m. Although the 11 metre-high silos at RITTER SPORT are not extremely high, the nominal range of the sensor bespeaks the tremendous performance reserves of this measurement technology. The level measuring process is also extremely fast: the cycle time is less than one second with an accuracy of ±5mm.

The swivel mount with rinsing air connection also convinced users. The selected flange version is equipped with a swivelling holder of high-quality stainless steel that allows the sensor and antenna to be optimally aligned in a range of ±10°. The user especially benefitted from the app developed by VEGA, which can be used to adjust the angle of inclination for optimum installation of the measuring instrument. Only the silo data need be entered; the app then automatically calculates the correct tilt angle. After that, the smartphone or tablet is simply placed on the instrument. The display allows the user to quickly and easily align the radar sensor by means of the swivelling holder.

The supplied rinsing connection clears the antenna of any deposits, although VEGAPULS 69, due to its low sensitivity to buildup, generally 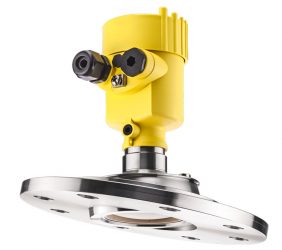 VEGAPULS 69 for bulk solids is completely unaffected by buildup, dust or internal vessel installations. Thanks to its precise focusing and large dynamic range, it detects poorly reflecting bulk solids reliably even at distances of up to 120 m.

RITTER SPORT found the option of parameterising the sensor with the display and adjustment module PLICSCOM via Bluetooth particularly clever. PLICSCOM is used for measured value indication, adjustment and diagnosis directly on the sensor and is the same for all VEGA measuring instruments. The Bluetooth function now makes it possible to adjust the sensor wirelessly from a distance of approximately 25m. The adjustment functions of the radar sensor can be easily accessed with a smartphone or tablet.