Researchers at the University of Missouri have successfully produced a litter of pigs that are genetically resistant to a deadly porcine virus. 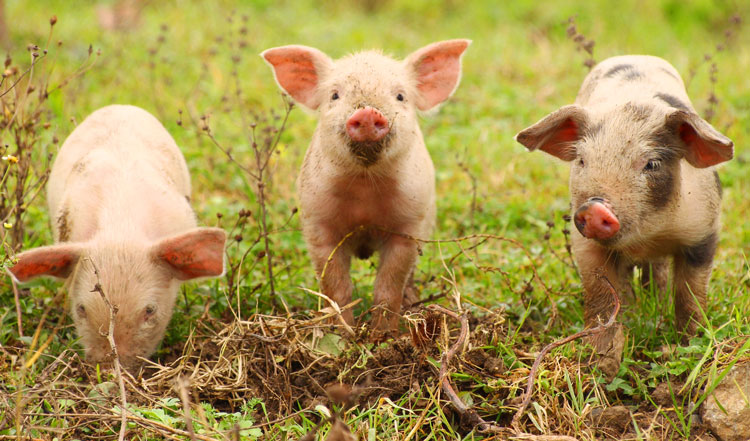 Coronaviruses, highly contagious and widespread viruses known for their distinctive microscopic halos, are responsible for a variety of deadly intestinal diseases in livestock. One such virus, Transmissible Gastroenteritis Virus (TGEV), commonly infects the intestines of pigs, causing almost 100 percent mortality in young pigs. Now, a team of researchers from MU, Kansas State University and Genus plc – an animal genetics company – has succeeded in breeding pigs that are resistant to the virus by means of gene editing.

“Previous research had identified an enzyme called ANPEP as a potential receptor for the virus, meaning it could be an important factor in allowing the virus to take hold in pigs,” said Randall Prather, distinguished professor of animal sciences in the College of Agriculture, Food and Natural Resources. “We were able to breed a litter of pigs that did not produce this enzyme, and as a result, they did not get sick when we exposed them to the virus.”

Prather and his colleagues edited the gene responsible for making the ANPEP enzyme, resulting in a litter of seven pigs with a ‘ gene that did not produce the enzyme. When exposed to the TGEV virus, these pigs did not become infected, showing that the presence of the ANPEP enzyme is necessary for an infection and gene editing can create pigs that are resistant.

In comparison to the scores of gene mutations that occur naturally during the reproductive process, researchers only altered the expression of a single gene. Those pigs lacking the enzyme were healthy and experienced no changes in development.

This study follows a similar success achieved in 2015, when MU’s genetic engineering team made pigs resistant to the deadly and costly Porcine Reproductive and Respiratory Syndrome (PRRS) virus by using gene editing.