On the path to Vitamin A in rice

Biochemists from the University of Freiburg have elucidated the structure of an enzyme that supplies carotenoid. 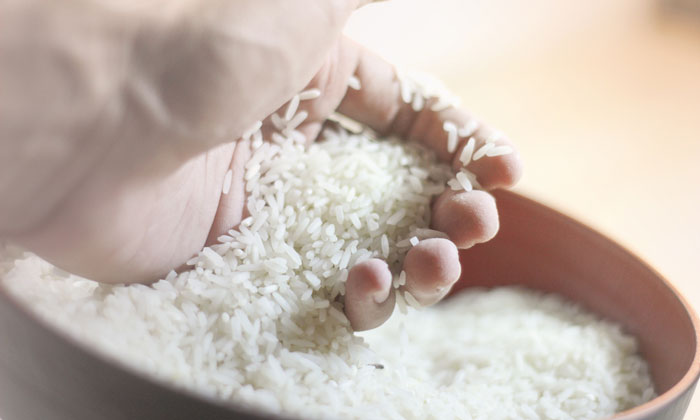 The lack of vitamin A in food is a major cause of health problems worldwide and can lead to blindness and even death. This is especially a problem in threshold or third-world countries, where children are likely to suffer from a lack of vitamin A or its precursor beta-carotene due to malnourishment. Among their many functions, carotenoids are responsible for the bright orange colour of sweet potatoes as well as their namesake, the carrot. Thanks to its intense color, beta-carotene is used in the food industry in soft drinks, yoghurts, and other food and is known as food colouring E160. Rice, which is the most important basic nutrient in Asia, has no beta-carotene in its kernel, but there are carotenoids in the leaves of the rice plant. These long, fat-soluble pigments are used by the plant not only in photosynthesis, during which the plant generates energy and oxygen, but in other processes as well.

One of the first precursors to beta-carotene is phytoene, which is colourless and not water-soluble and can be found in the lipid bilayer of plastid organelles – in other words, in the outer layer of these closed cellular compartments, which is involved in many processes including photosynthesis. Here, the enzyme phytoene desaturase (PDS) transforms the phytoene into the next intermediate of synthesis, which already has a yellowish colour. Researchers in the labs of Prof. Dr. Peter Beyer at the Faculty of Biology and Prof. Dr. Oliver Einsle at the Faculty of Chemistry and Pharmacy of the University of Freiburg have successfully elucidated the three-dimensional structure of phytoene desaturase in rice, along with the mechanism of phytoene transformation.

In order to achieve this, Dr. Sandra Gemmecker and Anton Brausemann had to isolate the highly pure enzyme and crystallise it, so they could obtain a three-dimensional structural image through diffraction experiments with X-rays. They then discovered that the PDS becomes partially immersed in the lipid bilayer of the plastid organelles and contains a hydrophobic tunnel that leads into its interior. Catalysis begins when the phytoene molecule enters this tunnel and reaches the reaction centre of the enzyme, where one half of the phytoene molecule is transformed into the next intermediary carotenoid stage. After this intermediary product leaves the tunnel the same way it came, it enters another PDS enzyme right next to the first, where it is completely transformed. A helper molecule known as a quinone then regenerates the enzyme. The quinone accesses the enzyme through the same tunnel and takes up excess electrons, thereby preparing the enzyme for the next reaction cycle.

If the PDS enzyme in a plant does not function properly, for example due to a reaction to a herbicide, then the plant’s seedlings become pale and whitish instead of green and the plant dies within a few days. Since the early twentieth century, scientists worldwide have been working to reveal the exact mechanisms of carotene synthesis. This has proven difficult, however, due to the complicated composition of various enzyme complexes and because of their relatively low numbers in plant cells.

The researchers from the University of Freiburg were able to elucidate the structure of the PDS enzyme using a specialty: They added a molecule of norflurazon, an herbicide developed in the 1970s, during the isolation of PDS. Due to the presence of norflurazon, PDS is deactivated and thus no longer available to the growing plant, causing it to bleach and die. Knowledge about the position and orientation of this bleaching herbicide within the enzyme can therefore be useful to researchers when developing new agents in the future. It is now also possible to induce specific changes in the sequence of the enzyme and use biotechnological procedures to give crops an advantage over weeds.