According to new research published in CMAJ (Canadian Medical Association Journal), The North America Free Trade Agreement might be blamed for unhealthy eating in Canada. 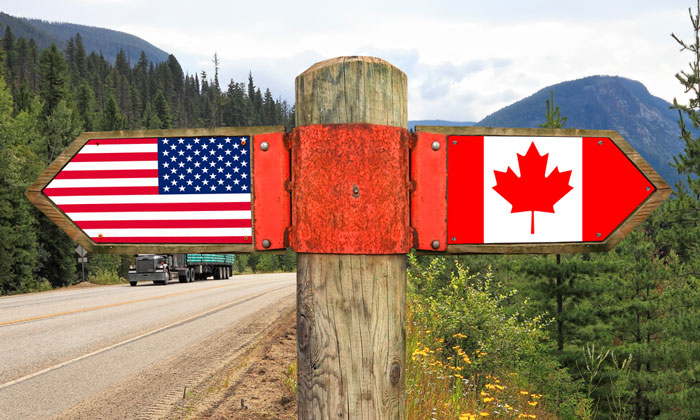 “In our study we find evidence of a strong link between eliminating tariffs (taxes on imports) on high-fructose corn syrup (an industrial sweetener widely used in a variety of processed food and beverage products, including soft-drinks, ice cream and biscuits) and the obesity epidemic that has affected Canada”, says Bocconi University’s David Stuckler, one of the co-authors.

“Here we take advantage of an exceptional natural experiment in which tariffs on high-fructose corn syrup were withdrawn, within an existing system of free trade in goods”, the authors write.

“Even a modest rise of an excess of 2% of an adult’s daily caloric intake need can have a big effect on an entire population”, Prof. Stuckler explains.

“Small calories surpluses cumulate over time. To explain the entire rise in population obesity over the past several decades, for example, only requires about a calories surplus of 100-150 kcal per person per day on average”.

The study provides evidence on the impact that a free trade agreement such as NAFTA may have on diet and health.

“Our analysis of NAFTA suggests that new trade deals are consequential not only in financial terms, but could also harm population health as lower tariffs[WU4]  increase consumption of hazardous, unhealthy food items like high-fructose corn syrup,” say the authors.

The authors note that their findings are consistent with other studies showing a change in food environments in countries that enter trade deals with the United States. These trade agreements may have important implications for health policy as NAFTA is seen as a blueprint for future free trade agreements.

In the European Union, for instance, tariffs on high fructose corn syrup imports from the US are significant, but they could be wiped out should the EU follow Canada’s footsteps and sign the Transatlantic Trade and Investment Partnership, TTIP with the US. The production of high-fructose corn syrup in Europe is currently subject to a stringent production quota, expected, though, to be abolished in October 2017.