Posted: 18 April 2017 | University of Illinois College of Agricultural Consumer and Environmental Sciences (ACES) | No comments yet 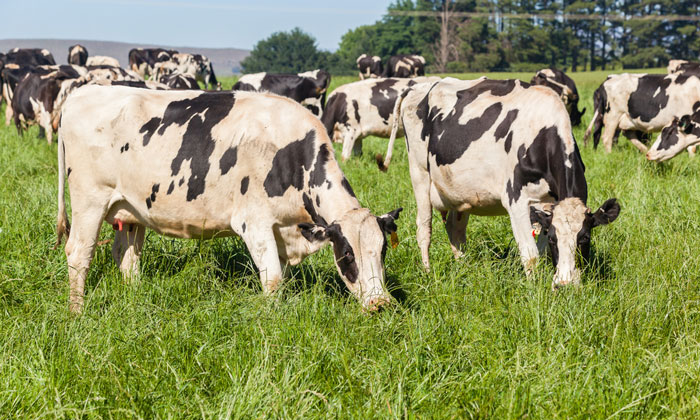 Animal scientist Phil Cardoso knew that milk protein increases when dairy cows are fed the amino acid methionine, but he suspected that the supplement might have additional health benefits.

“I wondered, ‘Is that the only thing methionine is doing?’” the University of Illinois assistant professor says.

“If I’m eating well, am I just going to put on more muscle, or am I going to be healthier overall? It’s good to look at the protein in milk, but I wanted to see if other things are changing, such as reproduction.”

Last year, Cardoso and a team of collaborators discovered that methionine supplementation may increase embryo survival in dairy cows. But he had more questions. For example, can methionine speed up the amount of time between calving and ovulation? And does it affect gene expression in ovarian follicles?

The team measured follicle growth over time, with the idea that follicles that are quicker to reach a certain diameter might release oocytes sooner. However, cows that had been fed rumen-protected methionine did not technically produce bigger follicles faster than cows that were not supplemented with the amino acid. That is, the analysis did not show a statistical difference, but Cardoso saw a pattern.

“Follicles in methionine-fed cows did appear to be a little bigger than the others prior to ovulation. I’d like to repeat the experiment with more cows on a commercial farm to see if the difference would be more substantial,” Cardoso says.

What the study did show conclusively was that certain genes were expressed at different rates in ovarian follicles from cows that were supplemented with methionine. Two of those genes stood out.

A gene necessary for synthesis of estrogen and other hormones was higher in follicles from animals that received methionine. “If a cow can produce more estrogen, she is going to come in heat faster, and may get pregnant more easily,” Cardoso explains.

The team also found evidence that methionine supplementation could make cows and calves less susceptible to disease. A gene associated with inflammation and cancer potential, known as tumour necrosis factor, was lower in the ovarian follicular cells of animals that were supplemented with methionine.

Cardoso says there is more work to do before he would advise dairy producers to use the supplement to speed up cows’ ovulation cycles or to avoid inflammation, although he can’t point to any negative impacts from using methionine for other reasons.

One of the team’s next steps will be to complete analysis from uterine samples collected from the same cows, with the aim of learning how cows’ ovarian follicles, embryos, and uterine tissues communicate.

The research was supported by Adisseo.