VTT has developed food ingredients from mealworms and crickets which have the potential to be used in the manufacture of foods such as meatballs and falafel. 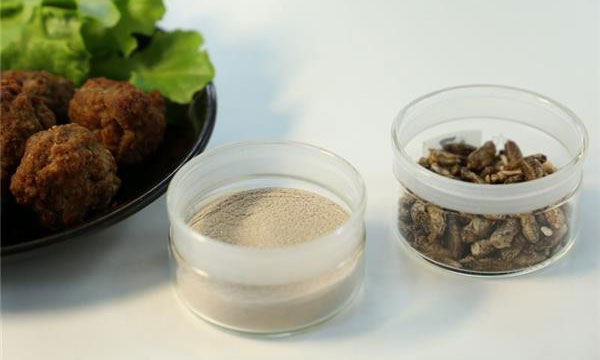 VTT Technical Research Centre of Finland has developed food ingredients from mealworms and crickets which, due to their promising structure and flavour, have the potential to be used in the manufacture of foods such as meatballs and falafel. EU legislation will change in the coming years, and the farming of insects and their processing for consumption will become a business activity also in Europe.

Mealworms and crickets are the most widely farmed insects in Western countries. A dry fractionation method developed by VTT can be used to easily produce insect fractions with varying flavours and degrees of coarseness: fine fractions contain small amounts of the insect chitin shell which tends to feel rough on the tongue and have a strong meat-like taste, while coarse fractions are milder in flavour and contain more chitin.

Fat was removed from the insects prior to fractionation, due to which the insect fractions contained up to 65-80% crude protein.

Many consumers and the food industry are already interested in insects as a dietary source of protein. However, their industrial exploitation will require identifying the characteristics of insect raw materials and developing them into a form that is suitable for use in the food industry.

Insects have not yet been granted a novel food authorisation within the EU area, but it is expected that one will be granted in 2018. Insect products are already on sale in some European countries. Despite the lack of a novel food authorisation, insects have become a major new food trend in Europe, although eating them whole seems unpleasant to many people. The widespread introduction of insects in western countries will require the development of their processing into ready-to-use raw materials for foodstuffs.