Bird flu flies back to Britain? 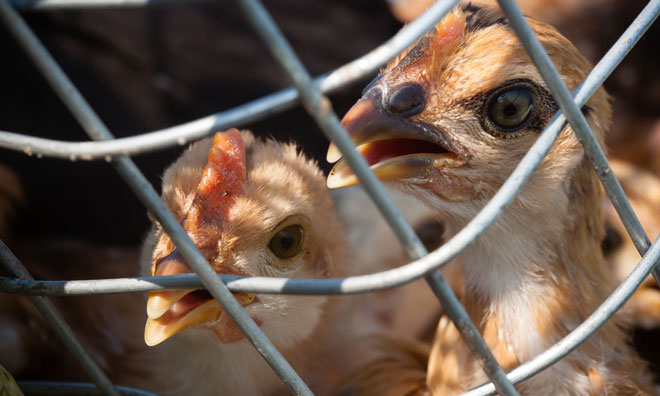 A government chief vet has declared a ‘prevention zone’ for England as a highly infectious strain of bird flu enters Europe. Troubles with Turkey this Christmas

All those with birds, be it poultry farmers or families with pets, have been commanded to house their birds inside for a month in an attempt to once again protect the UK from a virulent outbreak of bird flu that has hit mainland Europe.

The government chief vet, Nigel Gibbens, has declared a “prevention zone” that requires all bird keepers to house their birds inside for 30 days or take measures to separate them from wild birds.

“The risk that we are trying to prevent is to our British poultry flock … to make sure these birds are protected against disease,” Gibbens told BBC Radio 4’s Today programme.

He continue: “Everybody should do what they can. Pet bird keepers should do their best and take sensible measures to separate them from wild birds, whilst looking after their welfare. I don’t want people putting them in a box in the dark and keeping them there for weeks on end.”

Fortunately, the H5N8 strain of bird flu has not been detected on British farms. If so, the birds in the infected flock would have to be slaughtered, under disease control requirements.

“I ought to emphasise that this disease does get into house birds. So the other important thing for farmers to do is increase and maintain their bio-security so disease isn’t carried into houses where birds are housed.”

The Department for Environment, Food and Rural Affairs said it has increased its scrutiny of the disease entering the country. In a statement, Gibbens added: “While no cases have been found in the UK, and PHE advises the public health threat is low, we are closely monitoring the situation across Europe and have scaled up surveillance in response to the heightened risk.”

Daniel Brown, a chicken farmer from Cambridge with 40,000 hens in three sheds said the correct decision had been made.

He told BBC Radio 4’s Today programme: “We’ll be shutting them in this morning. We’ll be putting in extra toys for the birds – straw bales, empty bottles, cardboard boxes – anything to give them something else to think about.

“They love going outside, and now they can’t for their own safety so we’ll be doing anything we can just to keep the birds happy.”

Last month, 190,000 ducks were culled in the Netherlands to try to prevent the spread of bird flu across northern Europe and Japan has been attempting to deal with an outbreak most recently.

2 responses to “Bird flu flies back to Britain?”