Milk intake is objectively not linked to increased cardiovascular risk 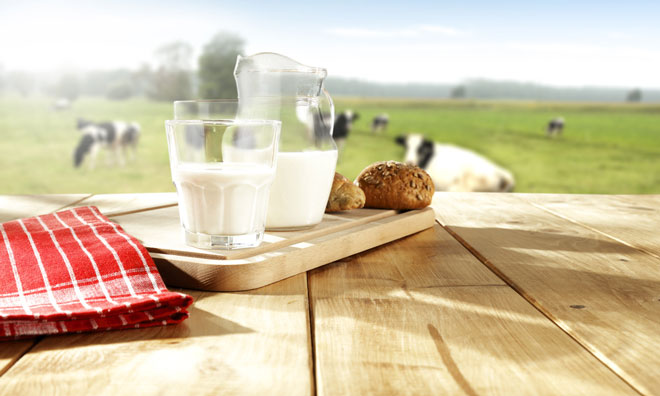 Researchers in Valencia participated in an international study that has debunked the association between milk and dairy products and increased cardiovascular risk. Lecturer Óscar Coltell of the Universitat Jaume I de Castellón led the computational analysis of the masses of data obtained in relation to an innovative new biomarker.

The study, led by Dr. Dolores Corella at the Spanish Biomedical Research Networking Centre in Physiopathology of Obesity and Nutrition (CIBERobn), has identified a means of measuring patient intake of milk and dairy products that by-passes traditional reliance on questionnaire- and interview-based estimations.

Specifically, the team has identified a new biomarker that can reliably indicate consumption in both Mediterranean and American populations.

This biomarker lends a lens of objectivity to an issue that has divided opinion for some time now: the association between the consumption of milk and dairy products and cardiovascular risk. Studies so far have yielded contradictory results, which is perhaps not surprising since their main source of data is patient memory and recall.

Nutritional biomarkers, also known as genetic proxies, provide objective assessment of food intakes and are being used to counter this bias. Indeed, in nutritional research the hunt for new biomarkers targeting different foodstuffs is intensifying, Corella tells us.

In this study, the researchers have identified one such polymorphism in the MCM6 gene (MCM6-rs3754686 SNP), already identified as a marker of lactose tolerance, with strong associations with the consumption of milk in the European Mediterranean population, and in the white, Afroamerican and Hispanic populations.

Interestingly, a different polymorphism (MCM6-rs4988235) had already been identified as a biomarker in research with Danish test subjects. However, although this biomarker works in northern European populations, the association with milk intake is not so strong in populations of other origins.

Corella tells us that her part of the study, carried out under the national PREDIMED project, was based on food intake data obtained yearly over five years from more than 7000 people. Blood samples were subject to broad spectrum genomic analysis. Combined with the data provided by the Human Nutrition Research Center on Aging in Boston, which also participated in the study, data was collected from a total of over 20,000 patients.

This is where Óscar Coltell, lecturer at the department of Computer Languages and Systems at Universitat Jaume I (UJI) came in: he led the meta-analysis of the masses of data obtained, designing computational methods for extracting meaningful information (anthropometric, biochemical, genetic and statistical analyses) and developing bioinformatic techniques to search for new identifying markers. Furthermore, the computational methods developed enable in-depth analysis by subgroups.

No association between milk intake and cardiovascular risk

Besides the contribution of a reliable genetic marker for the intake of dairy products, the study reports no significant association between a greater dairy intake and increased values for cardiovascular risk factors, including cholesterol, triglycerides and glucose, where previous studies have typically given contradictory results.