Posted: 21 September 2016 | University of Illinois College of Agricultural, Consumer and Environmental Sciences (ACES) | No comments yet 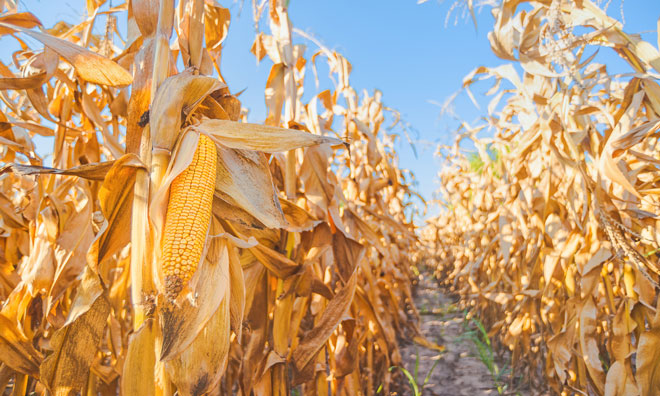 How will we feed our growing population in the face of an increasingly extreme climate? Many experts suggest the answer lies in breeding novel crop varieties that can withstand the increases in drought, heat, and extreme rainfall events predicted in the not-too-distant future. But breeding is only part of the equation, according to new research from the University of Illinois and several collaborating institutions across the Midwestern US. “It might not be necessary to put all the stress of climate adaptation and mitigation on new varieties. Instead, if we can manage agro-ecosystems more appropriately, we can buffer some of the effects of climate instability,” says USDA Agricultural Research Service ecologist Adam Davis.

To find the management tool that could ameliorate the effects of climate instability, Davis and his collaborators had to go beyond the traditional field-scale experiment. “We had to think at a much broader spatial scale,” he notes.

The team obtained weather, soil, and yield data from every county in four states – Illinois, Michigan, Minnesota, and Pennsylvania – across a span of 15 years. They then used a new analytical approach, which borrowed from economic concepts, to determine the effects of weather and soil properties on maize yield.

“The things that were most effective at buffering against the different forms of yield instability were soil organic matter and water holding capacity,” Davis says. This pattern was true across all years and all study locations.

Greater water holding capacity, which increases with more soil organic matter, gives crops an advantage in hot, dry climates. They can continue to take up water from the soil, which means continued growth and strong yields even in adverse climates.

The good news for farmers is that they may be able to manage for improvements in water holding capacity, giving them a potential tool to support novel maize varieties.

“In locations with coarse soils, you can see really quick and gratifying responses to soil organic matter amendments,” Davis says.

Davis suggests a number of practices to increase soil organic matter, including using cover crops, avoiding excessive soil disturbance, increasing crop rotation length, and adding composted manures. He points out that cover crops might be the best choice for some farmers.

The study, “Soil water holding capacity mitigates downside risk and volatility in US rainfed maize: Time to invest in soil organic matter?” is published in the journal PLOS One. Funding was provided by the Agriculture and Food Research Initiative of the USDA’s National Institute for Food and Agriculture.

By University of Illinois College of Agricultural, Consumer and Environmental Sciences (ACES)