4 in 5 lunchboxes contain no fruit or veg 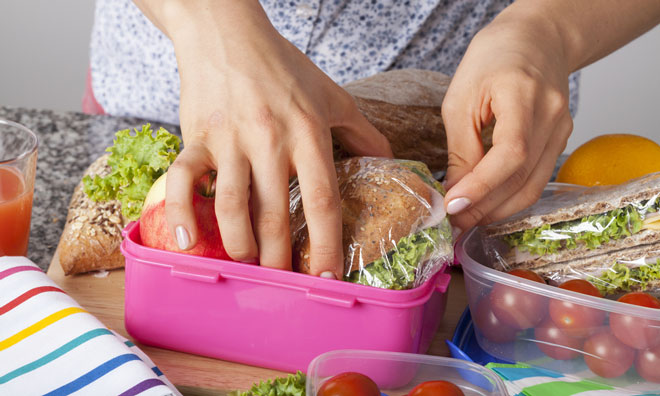 Despite a plethora of high-profile awareness campaigns, children’s lunchboxes in the UK remain cripplingly far from nutritional guidelines. In a study published by Leeds University, figures suggest that a staggeringly mere 1.6% of packed lunches for primary school children agree with nutritional standards.

It is thought that almost half of all schoolchildren in the UK take a packed lunch to school but just 1 in 5 contain any veg or salad, whereas up to 60% contain an excess of sugar. The study comes in light of the government’s recently-criticised, new measures on sugar intake about which critics argue that authorities have been ‘weak’.

“Providing information to parents is a start.”

Lead researcher Dr Charlotte Evans of Leeds University coined the results “eye opening” adding that progress has been negligible since the last study of a similar nature almost a decade ago which found  just 1.1% of lunchboxes to pass nutritional expectations.

That said, the analysis was not all doom and gloom. 95% of lunchboxes passed the standard for protein and three quarters for Vitamin C levels as well as a significant, if still insufficient, reduction of the presence of sugary drinks in packed lunches.

Despite the findings however, there remains no statutory imperative for the regulation of lunchboxes, just an Ofsted-imposed set of guidelines for schools.

Evans, a nutritionist, argues: “I hope the results of the study are an eye-opener, highlighting that more stringent policies need to be introduced if we want to see real change in the nutritional value of children’s packed lunches. New policies for schools, food manufacturers and retailers are needed, which will require strong support from government and stakeholders if progress is to be made.

“Parents struggle, and there are many reasons why children don’t have better quality lunches – cost, peer pressure, convenience, time. Providing information to parents is a start.”

Flora, the margarine brand who commissioned the research, is urging the government to raise awareness and do more to regulate the content of packed lunches. Consequently it has distributed over 600,000 healthy lunchboxes to schools containing a healthy lunch planner.