Peppermint and chamomile tea impact on mood and memory

Researchers from Northumbria University have found that drinking peppermint tea improves alertness, while chamomile tea has a calming effect… 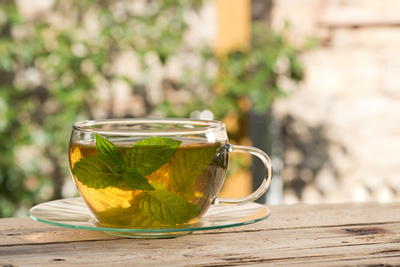 Researchers from Northumbria University have shown that peppermint and chamomile tea can have an impact on mood and memory. Researchers from the University’s Department of Psychology have found that drinking peppermint tea improves alertness, while chamomile tea has a calming effect.

In one study, the researchers asked 180 volunteers to consume either a chamomile or peppermint tea drink and tested their cognition and mood before and after drinking. A control group drank hot water for comparison.

They found that peppermint enhanced and aroused both mood and cognition, helping to improve long term memory, working memory and alertness, while chamomile had a calming and sedative effect which significantly slowed memory and attention speed.

Commenting on the research, Dr Mark Moss, Head of the Department of Psychology, said: “Peppermint has a reputation for being psychologically or mentally alerting. It picks you up and makes you feel a little bit brighter, so we endeavoured to test this out by giving people peppermint tea, or chamomile tea, which is a more calming drink and then put them through some computerised tests. We found that those people who had drunk the peppermint tea had better long-term memory. They were able to remember more words and pictures that they had seen. In contrast, the people who had the chamomile were slower in responding to tasks.”

Northumbria University’s Department of Psychology has undertaken a number of studies into the effects of herbs and substances on mood and memory. They have also found that sage, ginseng, lemon balm and gingko biloba can all have positive effects on improving mental performance.