However, FSS says that intakes are still 30% higher than the recommended 6g per day, with two-thirds of adults in Scotland still eating too much salt… 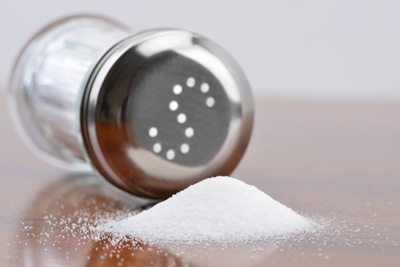 A Food Standards Scotland (FSS) survey has found that salt intakes in Scotland have reduced by 13% since 2006. FSS says it welcomes this reduction and the progress made towards the Scottish Dietary Goal for salt. However, FSS adds that intakes are still 30% higher than the recommended 6g per day, with two-thirds of adults in Scotland still eating too much salt which can cause significant risk of developing high blood pressure, which in turn can increase the risk of heart disease and stroke.

75% of the salt we eat is already in manufactured foods such as bread, meat products, cereals and convenience foods. Work by manufacturers and retailers, who have reformulated many of their own brands, has been important in achieving this reduction.  Continued effort is required to reach the 6g per day Scottish Dietary Goal.

Two-thirds of adults in Scotland eating too much salt

Commenting on the news, Heather Peace, Head of Nutrition Science Policy, Food Standards Scotland said: “We are pleased there has been a significant reduction in salt intake, and welcome the findings published today. More remains to be done with two-thirds of adults in Scotland still eating too much salt. We are looking for manufacturers and retailers to further reduce the salt content of their products. This in turn will help to reduce the risk of high blood pressure, heart disease and stroke in the population.”

“As well as cutting down on salty foods and adding less salt at home, people in Scotland can make informed choices when shopping by checking food labels and choosing lower salt products. It is also important to choose less salty food when eating out.”

Considerable efforts have been made by both manufacturers and retailers to reduce salt in their products. FSS welcomes these efforts, but says there is still more to do to reach the goal of 6g per day.

The results of the survey also show for the first time that people in Scotland have similar intakes of salt to those in England, suggesting comparable dietary patterns across Great Britain.