Heather Hancock announced as new Chair of the FSA 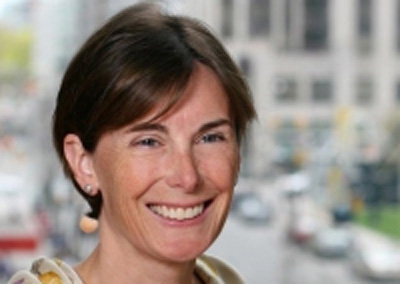 Heather Hancock has been confirmed as the new Chair of the Food Standards Agency (FSA) with effect from 1 April 2016 for three years. Heather Hancock’s career has included serving as Private Secretary to three Home Secretaries, establishing the Millennium Commission as its Chief Executive, and being Chief Executive of the Yorkshire Dales National Park Authority and Executive Director of Yorkshire Forward.

In the early 2000s, she joined the partnership at Deloitte and was later elected to the Board of the firm. As Managing Partner in the UK and Switzerland, she was responsible for innovation, brand, communications and other key functions. Heather led Deloitte’s extensive services to the London 2012 Olympic and Paralympic Games, served as a member of the global leadership team, and retired from Deloitte in 2014.

Heather Hancock has also served as a Board member of the Global Social Progress Imperative and as Trustee of the International Business Leaders Forum.  Heather chaired the BBC’s Rural Affairs Committee for seven years until 2010. In 2013/14, she carried out an independent review on bias and impartiality in the BBC’s rural affairs coverage, on behalf of to the BBC Trust.

In 2013, Heather Hancock was awarded the LVO in the New Year Honours for her contribution to The Prince’s Trust, where she was a Trustee for more than a decade and led a series of rural revival initiatives for HRH The Prince of Wales.

Commenting on the announcement, Heather Hancock said: “I am delighted to be appointed to Chair the Food Standards Agency. The FSA is at a pivotal moment: looking to transform the way it delivers its regulatory role to meet consumers’ expectations for safe and honest food. This means new ways of operating, for the Agency and for everyone else who is part of assuring our food chain. I will be focusing on strengthening our relationships with business, with an absolute commitment to pursuing those who wilfully and maliciously risk food safety and authenticity, and being an advocate for consumers, their food needs and food fears.”

Everything you need to know about the FSA’s CBD list