High nitrite intake is considered to potentially cause health hazards, such as a reduced ability to transport oxygen… 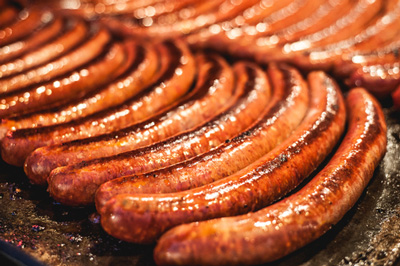 The report found that nitrite exposure of Finnish adults is clearly below the acceptable daily intake, but there are differences between various age groups and by gender. On the other hand, the nitrite intake of small children was found to be easily exceeded, as some Finnish children eat meat products, such as sausages, often and in large quantities. High nitrite intake is considered to potentially cause health hazards, such as a reduced ability to transport oxygen. The risk assessment highlights issues with nitrite intake that could apply to other countries beyond Finland.

Nitrite is formed in the body from food that contains nitrate, such as vegetables. It is also used as such in meat products to prevent the growth of bacteria that cause food poisoning.

The permitted uses and maximum amounts for nitrite are based on EU legislation on food additives. According to the legislation, a maximum of 150 milligrams of nitrite per kilogram may be added, primarily applying to meat products. The usual amount of nitrite used in Finland is 80 – 120 milligrams per kilogram.

“Nitrite in food mainly originates from additives. If you tend to eat a large amount of sausages, the nitrite intake may easily exceed the acceptable daily intake,” says Johanna Suomi, PhD, a Senior Researcher at the Risk Assessment Research Unit.

Nitrite is added to meat products to prevent bacteria growth

The risk assessment highlighted that nitrite intake is highest for the middle-aged. By retirement age, it is reduced to a level lower than the exposure of 25-year-old adults.

The average nitrite intake of Finnish men between the age of 25 and 74 is about 40 percent greater than that of women in a similar age group.

Nitrite is added to meat products in order to prevent the growth of bacteria that cause food poisoning, such as Clostridium botulinum in particular, and to preserve the red colour of meat. A product’s list of ingredients indicates whether nitrite has been added during production.

“If nitrite content was reduced from the current level, we would have to make hygiene requirements stricter and cold chain management more efficient,” says Suomi.

The amount of nitrite from raw vegetables and fruit that forms in the body is not a cause for concern.  Incorrect preservation of cooked vegetables, such as spinach, could cause nitrate in the vegetable to change into nitrite even before the vegetable is eaten. In the worst-case scenario, this could result in intoxication.

In 2013, Evira, the National Institute for Health and Welfare, and the National Nutrition Council issued recommendations on the use of sausages, frankfurters and meat cuts for children under school-age.