A study has found that nisin, a naturally occurring food preservative that grows on dairy products, delivers a one-two punch to cancer and antibiotic-resistant bacteria… 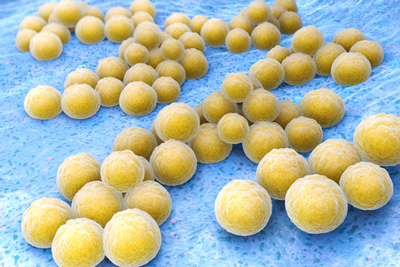 A study has found that nisin, a naturally occurring food preservative that grows on dairy products, delivers a one-two punch to cancer and antibiotic-resistant bacteria. The University of Michigan study found that feeding rats a “nisin milkshake” killed 70-80 percent of head and neck tumour cells after nine weeks and extended survival.

Dr Yvonne Kapila, a professor at the University of Michigan’s School of Dentistry, has studied the preservative in cancerous tumours and as an antimicrobial to combat diseases of the mouth. After nine weeks of nisin treatment, tumours were comparable to tumours at three weeks.

Nisin, a colourless, tasteless powder, is typically added to food at the rate of .25 to 37.5 mg/kg. Many foods contain the preservative, but nowhere near the 800 mg/kg needed to kill cancer cells.

While promising, the results are small

While promising, the results are small and in mice only, so it is too early to say if the biopreservative will act the same way in humans, Kapila said.

Nisin also fights deadly bacteria such as antibiotic-resistant MRSA. The researchers say that the compound is lethal to bacteria for two reasons: it binds to a static area of bacteria, which gives the biopreservative the opportunity to work before bacteria changes into an antibiotic-resistant superbug; and nisin kills biofilms – colonies of bacteria that group together into a fortress that thwarts antibiotics.

The next step for Kapila’s lab will be to test nisin in a clinic setting.

“The application of nisin has advanced beyond its role as a food biopreservative,” Kapila said. “Current findings and other published data support nisin’s potential use to treat antibiotic resistant infections, periodontal disease and cancer.”