Almost one third of all deaths from foodborne diseases are in children under the age of 5 years, finds a World Health Organization report… 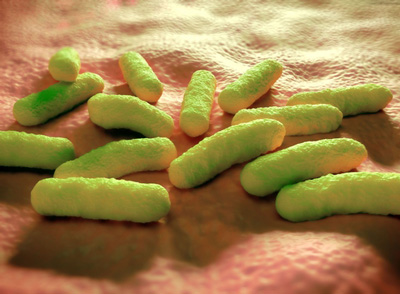 Almost one third of all deaths from foodborne diseases are in children under the age of 5 years, despite the fact that they make up only 9% of the global population. This is among the findings of the World Health Organization (WHO) report “Estimates of the global burden of foodborne diseases”.

The report, which estimates the burden of foodborne diseases caused by 31 agents states that each year as many as 600 million, or almost 1 in 10 people in the world, fall ill after consuming contaminated food. Of these, 420 000 people die, including 125 000 children under the age of 5 years.

“Until now, estimates of foodborne diseases were vague and imprecise. This concealed the true human costs of contaminated food. This report sets the record straight,” says Dr Margaret Chan, Director-General of WHO. “Knowing which foodborne pathogens are causing the biggest problems in which parts of the world can generate targeted action by the public, governments, and the food industry.”

While the burden of foodborne diseases is a public health concern globally, the WHO African and South-East Asia Regions have the highest incidence and highest death rates, including among children under the age of 5 years.

Burden of foodborne diseases is ‘considerable’

“These estimates are the result of a decade of work, including input from more than 100 experts from around the world. They are conservative, and more needs to be done to improve the availability of data on the burden of foodborne diseases. But based on what we know now, it is apparent that the global burden of foodborne diseases is considerable, affecting people all over the world – particularly children under 5 years of age and people in low-income areas,” says Dr Kazuaki Miyagishima, Director of WHO’s Department of Food Safety and Zoonoses.

Diarrhoeal diseases are responsible for more than half of the global burden of foodborne diseases, causing 550 million people to fall ill and 230 000 deaths every year. Children are at particular risk of foodborne diarrhoeal diseases, with 220 million falling ill and 96 000 dying every year. Diarrhoea is often caused by eating raw or undercooked meat, eggs, fresh produce and dairy products contaminated by norovirus, Campylobacter, non-typhoidal Salmonella and pathogenic E. coli.

The risk of foodborne diseases is most severe in low- and middle-income countries, linked to preparing food with unsafe water; poor hygiene and inadequate conditions in food production and storage; lower levels of literacy and education; and insufficient food safety legislation or implementation of such legislation.

The report’s findings underscore the global threat posed by foodborne diseases and reinforce the need for governments, the food industry and individuals to do more to make food safe and prevent foodborne diseases.