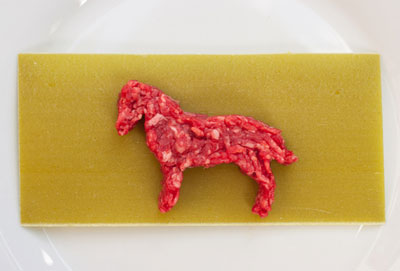 At its meeting on 16 September the FSS Board agreed the remit of the new unit which will be responsible for surveillance and detection of fraud and deliberate non-compliance within the food chain, and is being set up as a result of the recommendations of the Scudamore Expert Advisory Group which was established by Scottish Ministers in February 2013 in the wake of the horsemeat incident.

The SFCIU will also have the power to take enforcement action where necessary although primary responsibility for dealing with food fraud at a local level will remain with local authorities, and where serious organised crime is involved, the investigation will be referred to the Police for further action.

Geoff Ogle, Chief Executive of FSS, said, “Since Food Standards Scotland was created as the new public food body for Scotland, we’ve been working to develop and establish the new Unit. The Unit is a vital and positive step in improving Scotland’s capability and capacity in relation to tackling food crime.

“Information sharing remains critical to unearthing and dealing with food fraud, and we continue to work closely with a number of partners both in Scotland and across the UK, including Police Scotland, local authorities, the Food Standards Agency, and the food industry itself.”

The SFCIU will develop its capability over the coming months, and Food Standards Scotland is currently recruiting for additional specialists to add to the existing Incidents team within the organisation.

Richard Lochhead, Cabinet Secretary for Rural Affairs, Food and the Environment, said, “When it comes to the food we eat we must put public safety first and foremost. Establishing the new unit sends out a clear message that food crime will not be tolerated in this country.”