The flavouring substance Perilla aldehyde has been shown to be genotoxic (damaging to DNA) in a new study on animals, evaluated by EFSA experts… 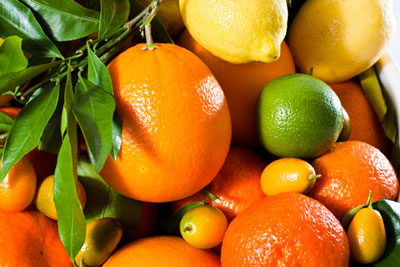 The flavouring substance Perilla aldehyde has been shown to be genotoxic (damaging to DNA) in a new study on animals, evaluated by European Food Safety Authority (EFSA) experts. Under EFSA’s process for the safety assessment of food flavourings, once a substance is characterised as a genotoxin, EFSA concludes on this aspect only without taking into account consumer exposure.

In 2002, an international evaluation of Perilla aldehyde as a food flavouring found it to be “no safety concern at current levels of intake”. In 2008, the European Commission asked EFSA to re-evaluate this substance as part of the evaluation of all food flavourings authorised for use in the EU.

The flavouring industry first submitted data for this flavouring substance in 2012 following an EFSA request. EFSA’s experts then concluded in 2013 that the substance was potentially genotoxic and requested an additional study to determine the potential effects on the liver and stomach. The new study submitted in 2014 is the focus of the current EFSA opinion, which concludes that Perilla aldehyde induces DNA damage in the liver. EFSA’s experts noted, however, some weaknesses in the historical control data (i.e. concerning the test animals not exposed to the specific substance under examination) of the laboratory that carried out this test.

Under the EU system devised to evaluate flavourings, Perilla aldehyde is also a proxy for evaluating nine other structurally similar chemicals known collectively as “alicyclic aldehydes”. EFSA’s experts, therefore, indicate there is also a potential safety concern for these other substances unless further evidence proves otherwise.

Perilla aldehyde occurs naturally in the peel of citrus fruits. It is produced in limited quantities and added to some baked foods, puddings, meat products and both alcoholic and non-alcoholic drinks to produce a pungent citrus smell and a woody, spicy, citrus taste.

EU risk managers will consider how to best use EFSA’s scientific opinion in weighing up possible follow-up measures.

One response to “Flavouring Perilla aldehyde considered a safety concern”