Coffee percolator cooks the arsenic out of rice

Researchers have discovered that a simple, shop-bought coffee percolator is the best method for removing inorganic arsenic from of rice… 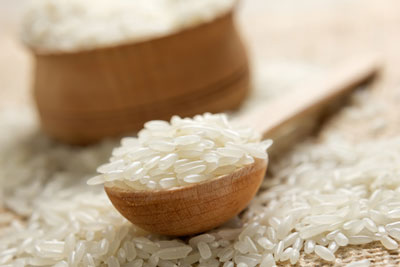 Researchers have discovered how to lower worrying levels of arsenic in rice that is eaten all over the world. After many laboratory experiments, they have discovered that a simple, shop-bought coffee percolator is the best method for removing inorganic arsenic from all types of rice, including white and wholegrain.

Rice is the only major crop grown under flooded conditions. It is this flooding that releases inorganic arsenic, normally locked up in soil minerals, which is then absorbed by the plant. Too much arsenic is associated with a range of health problems including, at worst, bladder and lung cancer.

Rice has, typically, ten times more inorganic arsenic than other foods and people who eat a lot of rice, as is the case in many parts of the developing world, are exposed to worrying concentrations. Children and infants are of particular concern as they eat, relatively, three times more rice than adults – baby rice being a popular food for weaning – and their organs are still developing.

In this new study, researchers at Queen’s University Belfast tested two methods of percolating technology, one where the cooking water was recycled through condensing boiling-water steam and passing the freshly distilled hot water through the grain in a lab setting, and one where tap water was used to cook the rice held in an off-the-shelf coffee percolator in a domestic setting.

Up to 85% of arsenic was removed using a coffee percolator

Both approaches proved highly effective, with up to 85% of arsenic removed from a variety of different rice types and brands, including wholegrain and white.

Andy Meharg, Professor of Plant and Soil Sciences at Queen’s Institute for Global Food Security said, “This is a very significant breakthrough as this offers an immediate solution to decreasing inorganic arsenic in the diet.

“In our research we rethought the method of rice cooking to optimise the removal of inorganic arsenic and we discovered that by using percolating technology, where cooking water is continually passed through rice in a constant flow, we could maximise removal of arsenic.”

Queen’s is at the patent stage for the development of a bespoke rice cooker based on a percolation system which means consumers could soon have this technology in their own kitchen.

The study findings are published in PLOS ONE.