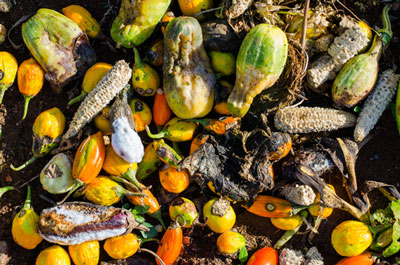 The Consumer Goods Forum (the CGF) has agreed to halve food waste within the operations of its 400 retailer and manufacturers members by 2025. Food waste is an enormous environmental, social and economic challenge. A third of food calories produced are never eaten. It represents an economic cost to the global economy of $750 billion per year and, if food waste were a country, its carbon footprint would be third only to China and the US.

The Consumer Goods Forum believes that the industry has a responsibility to show strong leadership on food waste reduction – a belief supported by its Board of Directors. The reason being:

The CGF’s Board of Directors has, therefore, approved a new resolution to halve food waste within the operations of its 400 retailer and manufacturers members by 2025 and to support wider UN Goals on the issue. CGF members include the likes of Nestlé, Unilever and General Mills.

This Food Waste Resolution (“the Resolution”) is the third resolution of the CGF’s Sustainability Pillar. It complements Board-approved resolutions made in 2010 on achieving zero net deforestation by 2020 and beginning the phase-out hydro fluorocarbon (HFC) refrigerants by 2015.

Central to the Food Waste Resolution is the aim to set a clear benchmark for food waste arising today and set measurable goals to reduce food waste in the future. The Resolution specifically commits to aligning the industry around the Food Loss & Waste Protocol being developed by the World Resources Institute.

Paul Bulcke, CEO of Nestlé S.A., said, “The Resolution on Food Waste the CGF Board of Directors has adopted demonstrates our willingness to engage and take action in an area where a collective industry effort can make a difference. We will leverage the best practices we have developed for the implementation of the existing resolutions on deforestation and refrigeration to engage the CGF’s wider membership in the global effort on food waste. With this third resolution, we believe that the CGF is taking additional important steps in contributing to the international action on preserving natural resources, especially water, and to limiting the global temperature rise to 2°C.”

Paul Polman, CEO of Unilever and Board Co-Sponsor of the CGF’s sustainability work said, “The CGF commitment to reduce food waste strikes at the heart of the global climate and development challenge. It is a tragedy that up to two billion tonnes of food produced around the world is lost or wasted never making it onto a plate. At a time of growing food insecurity and climate change, we can’t afford to let this continue. This resolution marks a step change in industry leadership and is an important contribution to the longer term sustainable development agenda.”