A new study has found that a commonly used plasticiser known as DINCH, which is found in some food packaging, might not be as safe as initially thought… 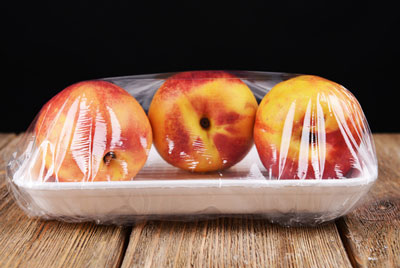 A new study has found that a commonly used plasticiser known as DINCH (1,2-cyclohexanedicarboxylic acid, diisononyl ester), which is found in products that come into close contact with humans, including some food packaging, might not be as safe as initially thought. The study, conducted by researchers from the Research Institute of the McGill University Health Centre (RI-MUHC), found that  DINCH exerts biological effects on metabolic processes in mammals. The findings may have important implications since DINCH has been promoted as a safe alternative to phthalate plasticisers, despite there being no publicly available peer-reviewed data on its toxicology.

“This is the first study to show a biological disruptive effect of the plasticiser DINCH and its metabolites on the metabolism in mammals,” states study lead author, Dr Vassilios Papadopoulos, who is a researcher in the Experimental Therapeutics and Metabolism Program of the RI-MUHC and a professor of Medicine at McGill University. “These findings show that DINCH might not be as safe as it has been promoted and there is a real need for more research on the safety and the use of this widely used product.”

Health concerns about plasticisers have been the subject of considerable scientific, legal and media debate in recent years. Some phthalates – which are among the best-known plasticisers – have been restricted or banned in children’s products across North America and in many countries in Europe because of their effects on reproductive health. DINCH has been used as an alternative and is approved and certified by many authorities and institutions worldwide; however, until now there have been no peer-reviewed research publications on its safety and potential metabolic and endocrine-disrupting properties.

The research team at the RI-MUHC, which has been working on phthalates for years, decided to evaluate the effects of DINCH and two of its major metabolites (CHDA and MINCH) with in-vitro experiments on the adipose tissue of rats. In fact, the researchers initially used DINCH as a control, since it was believed to be safe, but found that it was working in the same way as the phthalates. The action of DINCH was found to be particularly similar to a type of phthalate known as DEHP, a group of chemicals whose use in Canada and the US was restricted to small amounts in all children’s products in 2011, at the same time as the EU began phasing out their use.

The study shows that DINCH’s metabolite (MINCH) acts as a metabolic disrupter by affecting adipose tissue differentiation, in other words how fat is made in the body. They also found that, similar to phthalates, the effect of MINCH was mediated by a receptor involved in both the metabolic and endocrine systems, which allowed the researchers to infer that MINCH could interfere with the endocrine system in mammals.

“We were surprised by these findings since DINCH was supposed to be a trusted plasticiser devoid of phthalate effects,” says Dr Papadopoulos. “The fact that MINCH can affect metabolism, which is a major regulator system of our body, is concerning.”

“It is currently difficult to assess whether DINCH exposure represents a risk to human health, but specific populations such as occupational workers could be at risk if the level of DINCH reaches environmental levels as high as the banned phthalate DEHP, ” adds Dr Papadopoulos.

According to the researchers, considering the continuous exposure of humans to plastics throughout life and the fact that there are periods in life when humans are more sensitive to exposures (such as early development), the effects of this plasticiser should be evaluated more thoroughly.

The study findings are published in the journal Environmental Research.