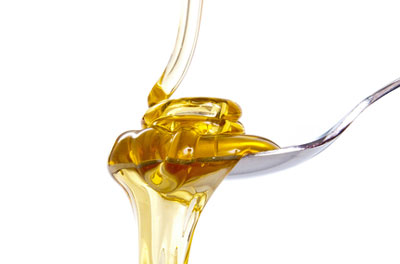 In the last 40 years, fructose, a simple carbohydrate derived from fruit and vegetables, has been on the increase in diets. Fructose syrup is added to many soft drinks and processed baked goods.

A recent study at the Beckman Institute for Advanced Science and Technology at the University of Illinois aimed to examine the impact of a fructose diet. The researchers found that, matched calorie for calorie with the simple sugar glucose, fructose causes significant weight gain, physical inactivity, and body fat deposition.

“The link between increases in sugar intake, particularly fructose, and the rising obesity epidemic has been debated for many years with no clear conclusions,” said Catarina Rendeiro, a postdoctoral research affiliate at the Beckman Institute for Advanced Science and Technology and lead author on the study. “The reality is that people are not only consuming more fructose through their diets, but also consuming more calories in general.

“One of the key questions is whether an increase in fructose intake contributes to obesity in the absence of excessive calorie intake.”

The researchers, under the direction of Justin Rhodes of Beckman’s NeuroTech Group and professor of psychology at Illinois, studied two groups of mice: one group was fed a diet in which 18% of the calories came from fructose and the other was fed 18% from glucose. The study was designed to mimick the intake of fructose in male adolescents in the US.

“The important thing to note is that animals in both experimental groups had the usual intake of calories for a mouse,” said Rendeiro. “They were not eating more than they should, and both groups had exactly the same amount of calories deriving from sugar, the only difference was the type of sugar, either fructose or glucose.”

The results showed that the fructose-fed mice displayed significantly increased body weight, liver mass, and fat mass in comparison to the glucose-fed mice.

“In previous studies, the increases in fructose consumption were accompanied by increases in overall food intake, so it is difficult to know whether the animals put on weight due to the fructose itself or simply because they were eating more,” Rhodes said.

Remarkably, the researchers also found that not only were the fructose-fed mice gaining weight, they were also less active.

“We don’t know why animals move less when in the fructose diet,” said Rhodes. “However, we estimated that the reduction in physical activity could account for most of the weight gain.”

“Biochemical factors could also come into play in how the mice respond to the high fructose diet,” explained Jonathan Mun, another author on the study. “We know that contrary to glucose, fructose bypasses certain metabolic steps that result in an increase in fat formation, especially in adipose tissue and liver.”

The precise mechanisms are still being investigated, but one thing is certain: high intake of fructose by itself adds pounds.

“We designed this study based on the intake of fructose by adolescents in the United States,” said Rhodes. “Our study suggests that such levels of fructose can indeed play a role in weight gain, favour fat deposition, and also contribute to physical inactivity. Given the dramatic increase in obesity among young people and the severe negative effects that this can have on health throughout one’s life, it is important to consider what foods are providing our calories.”

The study appears in the journal Scientific Reports.