A study from Cornell AgriTech has found a way for New York onion growers to maintain yields while cutting their use of chemicals. 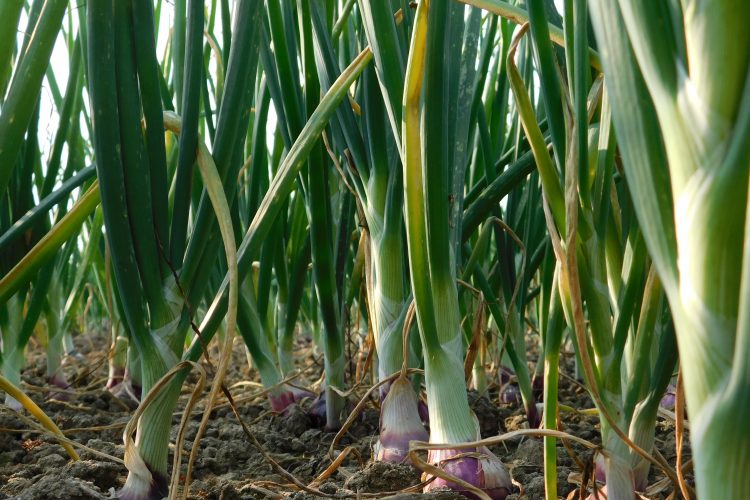 A study from New York-based Cornell AgriTech has found a way to reduce synthetic chemical use without negatively impacting yield.

By following action thresholds to establish when to apply insecticides to control onion thrips – a major pest able to transmit a virus that can kill onion plants and spread bacteria leading to bulb rot – the researchers claim farmers made 2.3 fewer applications per season, all the while maintaining yields and bulb size.

Action threshold is the density of the pest in a crop that needs a control measure to prevent the population from rising to levels that would result in economic loss.

The Cornell team say the results of more than three years of field trials showed that farmers could use 50-100 percent less fertiliser without limiting yields.

Onion thrips have been a matter of focus for the study’s senior author, Brian Nault, for some time. The Professor of Entomology at Cornell AgriTech, says farmers previously relied on cost-effective weekly insecticide spray programmes to control thrips, but in the late ‘90s they began developing resistance.

To help preserve the effectiveness of remaining insecticides, Prof Nault has been fine-tuning action thresholds with his team.

Commenting on their findings, Prof Nault said: “We didn’t expect this [result], but it has an even bigger potential impact. Reducing fertiliser use in commercial farming is beneficial to the environment for so many reasons, especially water and soil health.”

“The muck is our livelihood and our future,” added Max Torrey ’13, whose 12th generation family farm in Elba, New York was a trial site for the study. “We must take care of it. Now we finally have a proven way to reduce costs and make New York onion growers even more competitive and sustainable.”